Know How You Can Prevent Cancer 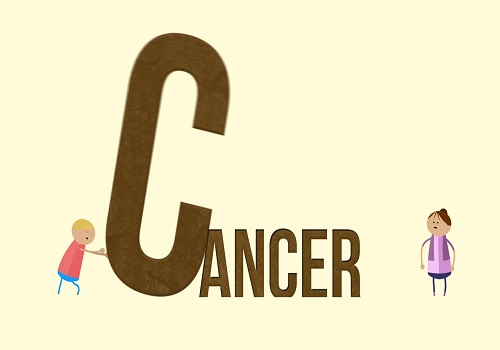 “We Can All Do Something About Cancer”

Cancer is one of the most life threatening disease across the world. In the United States, it is estimated that millions of people are diagnosed with some type of cancer each year. Cancer is associated with significant decrease in the health related quality of life of a patient and its caregiver. It is correlated with high morbidity and mortality rate.

Normally cells work in an orderly manner, they grow and replace the old damaged cells with the new ones. But sometimes, cells in the body grow uncontrollably without replacing old damaged cells, resulting in the development of a tumor.

This is true that no one can completely avoid the development of cancer, but to a large extent, it is avoidable.

There is no country where cancer does not occur. Its prevalence is extremely high throughout the world. There are various types of cancers, but cancer of lung, breast, and colon are the top three types of cancers which are estimated to cover almost one third of diagnosed cancer cases.

Evidence suggests that taking certain preventive measures can significantly help in reducing the risk of developing cancer. It has been observed by researchers that causative factor for most cancer patients are the preventable ones.

Tobacco consumption is one of the most common and highly preventable causes of cancer. Research suggests that one in every three cancer deaths are linked to tobacco consumption or cigarette smoking. Deaths from cancer are twice as high in smokers as compared to non smokers. Tobacco consumption is strongly associated with the development of lung cancer, the leading cause of death. It's not only lung cancer but other cancers too. Tobacco is also reported to cause oral esophageal, laryngeal, and pharyngeal cancers.

Tobacco is known to be a causative factor for a large number of cancers. It is estimated that thousands of chemical compounds are isolated from cigarette smoke, out of which many are carcinogens. These carcinogens present in tobacco or cigarette smoking cause damage to DNA in the body. DNA plays a vital role in transferring the genetic messages to every cell in the body, and any damage caused to DNA leads to the uncontrolled growth of cells and abnormal activities, resulting in cancer development.

Also, The balance between detoxification of carcinogens in smoke and metabolic activation determines the risk of an individual for developing cancer. DNA abduct is considered to be an indicator of risk of cancer in smokers. DNA abduct in higher in people who smoke.

Obesity is a metabolic disease which is characterized by the accumulation of fat in the body to an extent that it starts to affect various systems in the body. People who suffer from obesity are known as obese or overweight. Obesity is known to be a result of an imbalance between the calorie intake and energy expenditure. Lack of physical activity is associated with no energy expenditure, resulting in obesity.

Evidence suggests that obesity highly contributes to colorectal cancer (cancer of the colon). Obesity changes the equilibrium in the body, which leads to derangement of energy homeostasis. This dysregulation is strongly associated with the development of colorectal cancer.

There are various mechanisms that could explain the correlation between alcohol consumption and the development of cancer such as a genotoxic effect of acetaldehyde, increased estrogen concentration, cellular stress, altered folate metabolism, and inflammation.

The metabolism of ethanol in the body plays an important role in the development of cancer. Ethanol is absorbed by the small intestine and later metabolized by alcohol dehydrogenases (ADH) into acetaldehyde in the liver, and when alcohol consumption is high, there is an increase in the production of reactive oxygen species.

Whatever we eat has something to do with our health. Some items are beneficial to our health, whereas, some are risk factors. We have heard many statements about diet and cancer. There are certain foods that should be avoided to prevent cancer. The association between the diet and cancer development has been witnessed by many researchers.

Sugar is one of the most unhealthy food to eat. Excessive sugar intake associated with the development of many health problems such as obesity, cardiovascular disease, diabetes mellitus, and cancer.

There are many mechanisms that can explain how sugar feeds cancer. One of the most common and easily understandable mechanism is that sugar is excessively high in calories and causes weight gain. High intake of sugar in the body increases the risk of obesity, resulting in increased risk of cancer. High sugar intake contributes to many cancers such as creatic cancer, breast cancer, prostate cancer, colorectal cancer, gastric cancer, ovarian cancer, and endometrial cancer.