How can PUPPP be a pregnancy hell? 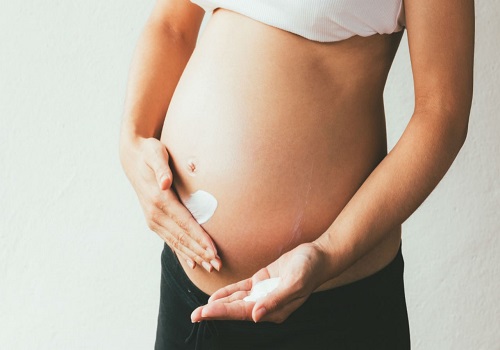 Before you start wondering how those cute little puppies can mess up with your pregnancy, let me tell you that the PUPPP which I am referring to is a skin disorder that women get during their pregnancy. It stands for Pruritic Urticarial Papules and Plaques of Pregnancy, and is a red, relentlessly itchy rash that is most likely to occur in third trimester—first as hive-like patches on the belly, then moving to the thighs, buttocks, and back. It happens in less than 1 out of 200 pregnancies. However, the positive side is; it does not cause any harm to the baby or long-term harm to the expectant woman.

"I was absolutely miserable," Linda Thomas, a woman who suffered from PUPPP recalls. "I itched incessantly, and I was in physical hell. If I scratched the rash, it burned as if I were on fire. I was so desperate for relief that I would wrap ice packs around my hands and feet so that I could numb my skin for even a few minutes of relief. I was in so much discomfort I could barely sleep." She visited her obstetrician and then a dermatologist, both of whom diagnosed her with PUPPP.

What are the symptoms of PUPPP?

A PUPPP rash is extremely itchy, with raised, hive-like bumps and streaks on the abdomen and other areas, says Jessica J. Krant, M.D., a board-certified dermatologist and assistant clinical professor of dermatology at SUNY Downstate Medical Center and a physician at the Laser & Skin Surgery Center of New York. It usually first appears on the abdomen—specifically, on a woman's developing stretch marks—during the third trimester of a first pregnancy, but it can also affect the thighs, legs, hands, arms, breasts, back, or buttocks. It generally doesn't affect the face, and there shouldn't be any blisters, water bubbles, scaling, or flakiness, Dr. Krant adds.

Don't just assume that any itchy rash you get during pregnancy is PUPPP, however. There are pregnancy skin conditions that can be harmful to the mother or baby, such as pustular psoriasis and pemphigoid gestationis. And a condition called cholestasis of pregnancy, a liver disease that typically develops in the third trimester of pregnancy, also causes intense itching. But cholestasis of pregnancy may increase the risk of preterm birth, stillbirth, or fetal distress. That's why it's important to immediately seek help from your obstetrician or dermatologist with any rash during pregnancy.

What are the risk factors?

PUPPP manifests only during pregnancy, and usually occurs in women who are pregnant for the first time and, like Gruska, are pregnant with multiples. While experts haven't determined an absolute cause of PUPPP, the most common theory "is that excessive stretching of the skin's connective tissue leads to inflammation in the skin, which causes the rash," says Lauren Ploch, M.D., a board-certified dermatologist in Aiken, South Carolina. "This is why PUPPP most commonly occurs during first pregnancies or multiple gestation pregnancies. Familial associations have also been reported, so you may be at risk if other women in your family have developed PUPPP in the past." (Indeed, another theory is that the condition is genetic, and can be traced through the father's side.) Your baby's sex may play a role too, as some sources suggest that PUPPP is more common among women expecting a boy, says Dr. Krant.

How is PUPPP diagnosed?

Your ob-gyn or dermatologist can likely diagnose the condition with a clinical exam, "but some patients may require a small skin biopsy for definitive diagnosis," says Dr. Ploch. Again, it's very important to distinguish PUPPP from other pregnancy-related rashes that could be risky to the mother or her fetus.

How is it treated?

PUPPP always goes away on its own, usually at delivery or within six weeks of delivery. (Gruska suffered with the condition for two and a half weeks before she delivered her triplets.) In the meantime, you can take steps to reduce the discomfort of the symptoms. Oatmeal lotions, cool oatmeal baths, and cold milk compresses all may help relieve discomfort, says Dr. Krant. If the itching is particularly intense, talk to your doctors about safe, appropriate medication options. Do not rely on over-the-counter products from an online pharmacy if you are not sure of its effects on your body. "Oral antihistamines and topical steroid ointments are usually the treatments of choice," says Dr. Ploch. "Oral steroids may also be used if approved by the patient's physician and should not have adverse long-term effects on the fetus if used as directed for a short time during the third trimester."