How Can You Fix Gestational Diabetes? 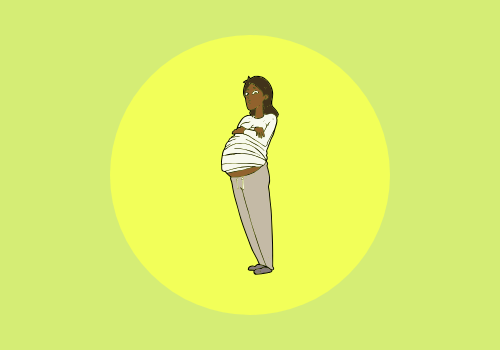 We will learn about something that is very important to any woman who is considering becoming pregnant or who is currently pregnant, and that is gestational diabetes. You will also get to know about how to catch it early and how to fix it if you have it already.

This year alone there will be 8 million women in the United States alone who suffer from all of the potentially disastrous complications of gestational diabetes. You will understand how to prevent it from happening or fix it, if it does happen.

You will be able to catch hold of gestational diabetes much earlier than your doctor would catch it and then you are able to immediately begin to correct it, reverse it, to keep it from getting any worse at all and that is going to protect both the mother and the baby from the potentially disastrous outcomes that gestational diabetes can lead to.

Gestational diabetes is one of the leading causes of dangerous outcomes in pregnancy both for the mother, the developing fetus and even for the child after birth, when they are growing up in adolescence, teenager and adulthood.

Let us go over a few of the things that it can cause during a pregnancy or after pregnancy for the mother, fetus or the baby afterwards. First of all for the mother. It increases the mom’s risk of all kinds of things. It makes her pregnancy a high risk pregnancy.

Again an increased risk of hypoglycemia or very low blood sugars. The baby is going to have to get an IV stick to fix that. There is an increased risk of macrosomia, which means a very large baby with a larger head and that is what leads to all the birth complications for the mother.

And sadly there is an increased risk of stillbirth for gestational diabetic mothers. You do not need to freak out or panic. Just get educated, get prepared and fix this before it ever gets out of hand.

After the child successfully recovers from a gestational diabetes birth or a c-section, they are for the rest of their lives at increased risk of having obesity, type-2 diabetes, probably high blood pressure and then also there can be lasting birth trauma that follows them into adulthood, because they were too big to get through the birth canal properly.

But the main thing for a young woman to understand is that if you are diagnosed with gestational diabetes, that means many more needles for you, many more medical procedures, many more interventions for you but it also means that these will be the same for your baby.

So to sum it up in one word, gestational diabetes is bad. Bad for the mother and bad for the baby. So let us prevent it. Let us reverse it. Let us fix it. Pregnancy in and of itself is an anabolic process. Basically your body has to build lots of extra body tissue in you, for the baby.

It has to build the placenta, amniotic fluid, it has to increase your blood supply by 30 to 50 percent. It has to build all these new tissues. So it needs lots of good building materials, but it also needs certain hormones to put it into an anabolic state so that it can build that.

And don’t forget that you also have to build a baby. So pregnancy by definition, is an insulin resistant state but that is not bad. It is actually good because you meet that insulin resistance, which basically means you are making lots of extra insulin.

An average pregnant woman can make three times as much insulin during pregnancy as she did before she got pregnant. For some of you guys who know about low carb or keto you may think that is bad. But no.

If the mother’s diet is proper, then that is okay for her to be hyperinsulinemic. She needs that in order to build a healthy body and a healthy baby in the end. The main hormones that get adjusted in the mother that lead to this anabolic hyper insulinemic state are insulin, which goes up a lot which is alright and also placental lactogen and corticotropin releasing hormones.

These and other hormones will go up, and they ten to make a mother more insulin resistant. But if she is eating a proper diet that is no big deal but if she is eating too much of the wrong stuff that is going to lead to gestational diabetes.

Obstetricians and gynecologists have said that there is no special genetic state that leads to gestational diabetes, it is not a luck of the draw, it is not bad luck, it is just because of eating too many carbohydrates.

So two-thirds of the way through. Would you not like to know a little sooner than that? Now there is a lot on the list of predisposing things that will increase your risk of becoming gestational diabetic including your race, your age, how much you weigh and when you got pregnant.

But gestational diabetes is becoming so common and it is so dangerous that basically all pregnant women should do the following things.

When you first go in for your first intake lab work, your first semester (not trimester), let your doctor check all the routine lab work. All that stuff is important and you need it. You should specifically ask for a hemoglobin A1C and a C-peptide.

These are two tests that check for your average blood sugar readings and your average insulin secretion. These two tests are going to give you a huge heads up as to whether you are at risk for developing gestational diabetes or if you are already developing it.

Another way that these two tests are going to help women out there who get pregnant and they already have undiagnosed diabetes, either type-1 or type-2 and they have no idea because often in young healthy people who develop type-2 diabetes, they do not have any symptoms.

As said earlier, the average doctor checks for gestational diabetes with a two hour glucose tolerance test done at around 28 weeks into your pregnancy.

But if you will check these two tests during your first trimester, you can detect gestational diabetes that is coming your way many weeks in advance and you can prevent all the damage that would have been done had you waited until 28 weeks.

If either c-peptide or your hemoglobin A1C are even 1/10th of a point above the normal range, you need to ask your doctor to order for a continuous glucose monitor. This is a little sensor that goes on your arm which does not hurt at all.

You just need to put it on and forget it and then with an app on your phone you can actually watch your blood sugar every five minutes throughout the day. His will help you know what to eat and what to avoid because if you eat something and your blood sugar spikes up really high, you should not eat that again.

High blood sugar spikes are not necessary for growing a happy healthy baby, in fact it actually increases your risk of all the bad complications mentioned earlier. So let us say you have got these two tests along with your other tests during your first trimester and you saw that your A1C was a little bit high or your c-peptide was a little high as well, you need to know how you can work your way.

The American College of Obstetrics and Gynecology, actually have recommendations that they give to obstetricians and family doctors who deliver babies about how to manage gestational diabetes.

So all you need to eat to grow a healthy body and a healthy baby during pregnancy is fats and protein. Now you can eat carbohydrates, but only the safe kind. And you should only eat it if you are in the cusp of being diagnosed with gestational diabetes or if you are already diagnosed.

You can immediately start to implement the following strategies to get your gestational diabetes under control. You may be sad about giving up the cheetos, donuts and the pepsi but understand this, leaving these is going to make your pregnancy much easier and safer for both you and your baby. Making these changes will be beneficial in the long run.

Meaning women who are diagnosed with gestational diabetes, immediately give up the cheetos, pepsi and the donuts and they start eating lots of whole grains and lots of fruits and have baked potatoes instead of french fries.

The problem is their total intake of carbohydrates can remain the same. Yes they are less processed, and probably a little less bad but in order to fix gestational diabetes and to reverse it, you have got to cut the carbohydrate intake.

The recommended diet for pregnant women who already are at risk of developing gestational diabetes or who have already been diagnosed with it, is to eat a diet that is full of unlimited fats and proteins because both you and your baby are made of fats and proteins.

You can eat as much of those as you want and you have to limit your carbohydrate intake to 75 total grams or less each day. This leaves lots of room for lots of leafy greens, lots of brassicas, lots of nuts and lots of berries.

And by limiting your carbohydrate intake to 75g total or less a day, you are going to completely reverse your gestational diabetes and you will be able to see this on your continuous glucose monitor.

That is because when you eat a meal like that, your blood sugar is going to stay in that beautiful, normal range and you may have an occasional bump up above normal, but you would just not have those dangerous spikes anymore that lead to the bad outcomes with gestational diabetes.

Pregnant women can eat eggs, all the meats that are fatty, you can eat full fat dairy, you can eat berries, butter, all of these things are good and healthy and they are full of nutrients that you need to build both your body tissues and a healthy baby.

These things are not going to spike your blood sugar, but it is pretty good to not snack at all. So if you follow this you not only lower your gestational diabetes but you also reverse it. If your blood sugar goes down back to normal, then that is the fix.