How Is Stress A Silent Killer? 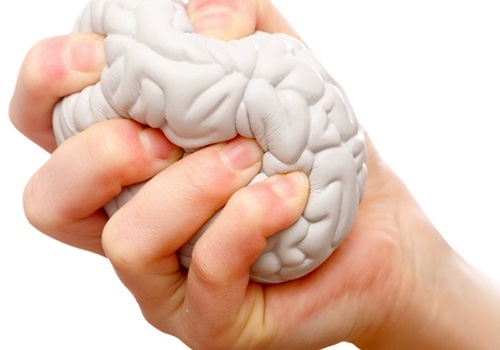 It is known to almost each one of us that stress has an impact on the overall health and wellbeing, but most of us do not take any necessary action to prevent stress. This is true that it is impossible to completely avoid stress but management is possible.

According to the studies, it has been observed that most of the adults these days are complaining of an increase in the stress level rather than decreasing and it is one of the main reason for an increase in the number of diagnosed cases of multiple diseases.

Everyone has experienced stress in their lifetime, the only difference is that some can cope with stress more effectively than others. Stress can be related to anything such as stress related to pressure at doing daily responsibilities, or sudden negative change in life. Normally stress is for a short duration but when it stays for too long, it increases the risk of developing some serious medical conditions. There are multiple diseases that are triggered by stress and stress can also worsen the symptoms of any underlying disease. Not all stress is bad but when it starts interfering in doing daily activities and impairs the functioning of body organs, it becomes a killer.

Stress has the ability to affect one’s physical as well as psychological health and it is important to restore balance and equilibrium to avoid unwanted health problems. Some of the diseases that are more likely to develop due to chronic stress are as follows:

Stress has long been known to have an effect on metabolic activity. Stress can have a direct impact on the blood glucose level as it stimulates the release of various hormones which results in an elevated glucose level in the blood. Also, chronic stress causes insulin resistance in the body. This means that the insulin fails to function normally. Insulin is the most important hormone that regulates the glucose level in the blood and when an abnormality occurs in the functioning of insulin, it increases the risk of developing diabetes mellitus.

There are many mechanisms through which stress can play a role in the development of Alzheimer’s disease. Chronic stress can lead to damage to the cells of the body that are important for the normal functioning of human and damage to these cells causes diseases that include neurodegenerative disorders. There are some evidence that suggests that psychological stress, psychosocial stress, and post-traumatic stress disorder are one of the biggest factors that cause impairment in the cognitive function and lead to an increased risk of Alzheimer’s disease. When stress steroids are produced in the brain, it affects the functioning of the brain.

Obesity is a serious problem whose prevalence is increasing at a rapid rate across the world and it is not only developing in adults but also among children and teenagers. Obesity is considered to be a medical condition in which excess fat is accumulated in the body to such an extent that it starts causing problems in doing daily activities. Stress and other psychological issues are known to contribute to the development of obesity.

Stress has an impact on weight management. Basically, obesity is a disease which occurs when there is an increase in the intake of calories and decrease in energy expenditure. Stress influences the eating habits of an individual and certain researchers have reported that most often, people under stress tend to have unhealthy eating behavior and have an increase in the intake of calories. Also, stress induces changes in lifestyle that affects the body. Lack of physical activity is one of the lifestyle factors that is usually involved in stress. Therefore, an increase in calories and decrease in energy expenditure increases the risk of being overweight.

Stress is often associated with impaired sleep pattern. Most often, people under stress find it difficult to sleep and when the duration of stress increases, they end up with suffering from sleep disorders. Stress is said to be one factor that can seriously impact the quality of sleep and the duration of sleep. Insomnia is the most common sleep disorder that can occur as a result of chronic stress and insomnia is characterized by one or more of the problems:

Typically, stress related insomnia is transient and stays for only a few days. But if stress is left unmanaged, it can cause some serious sleep disorder that can severely impair the quality of life. Sleep disorder is not a single disorder, means that sleep disorders are often accompanied by other health problems as well.