Are You Aware Of The Impacts Of Anxiety? 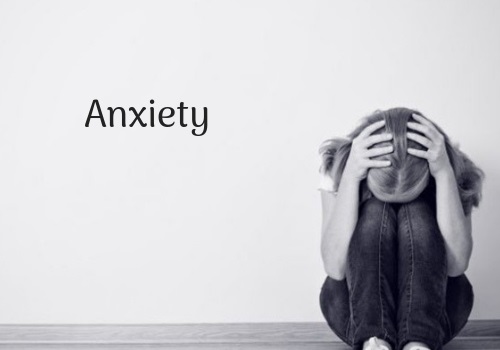 Emotions are part of everyone’s life and emotions are defined as a conscious mental reaction subjectively experienced as a strong feeling towards a particular object or situation. It is accompanied by physiological and behavioral changes in the body. Emotions are intense feeling that is directed towards something or someone and the fear is probably the most basic of all emotions.

Anxiety is one of the most common mental problem worldwide and it is a word which is often used to describe the feeling of worry, fear, and unease. It is a term which is used to describe the feeling that people experience when they are stressed or face any threat or danger. When individuals are anxious about something, they can experience both the emotions and physical sensations.

Feelings of anxiety are so common and we all know what the feeling of anxiousness is. It is common to feel nervous and tense but it is important to understand the difference between normal anxious feeling that is not harmful and feeling that is the symptom of anxiety disorder. Anxiety is a natural function that alerts us from any potential threat and allows us to respond in an appropriate way but it becomes a problem when the body reacts as if there is a danger but there is no real danger and when this feeling start affecting the regular everyday activities, it is considered to be the beginning of anxiety disorders.

Anxiety can cause many physical and psychological sensations in the body and these sensations can vary from person to person. Anxiety can feel different from for different people and two people might also experience similar feelings. Some of the symptoms that are a quite common include:

Generalized anxiety disorder is a mental disorder that develops slowly and usually, it begins to develop in an individual during the teen year or young adulthood. It is characterized by the persistent feeling of anxiety and stress which has become a normal part of life. It is one of the more common anxiety disorder and some of the symptoms that are typically experienced by an individual having this anxiety disorder are fatigue, having difficulty concentrating, irritation and sore muscles. According to the researchers, several parts of the brain and biological processes play a key role in the development of this disorder and sometimes it runs in families.

Phobia is defined as an extreme form of fear that is triggered by a particular situation or object and it causes the symptoms like sweating, shortness of breath, nausea, numbness, fear of fainting and fear of losing control. Phobias are categorized into two groups - specific phobias and complex phobias. Specific phobia is defined as a fear for one particular thing such as spider, height, injection, or flying and generally this type of phobia develops in adolescence or childhood. A complex phobia is a phobia which tends to develop in adulthood and has the more distressing impact on the mental health of a person. A sense of fear in social situations or a sense of fear of open spaces are the two most common complex phobias.

Panic disorder is defined as a sudden terror attack which is accompanied by dizziness, sweating, irregular heartbeat, weakness, and faintness. During the panic attacks, people experience numbness and tingling of the hands and a fear of losing control. A panic attack occurs unexpectedly and it can occur at any time, sometimes even during sleep. This disorder usually develops in the early adulthood and women are twice more likely to develop this disorder as compared to men. Also, panic disorders are often accompanied by other disorders such as depression, sleep disorders, and low energy.

Obsessive compulsive disorder is an anxiety disorder which is categorized into two parts- obsession and compulsion. It is defined as a persistent upsetting, unwelcome thoughts and images (obsession) that repeatedly occurs in mind and repetitive actions (compulsion) that an individual feels to do in order to control the anxiety. Some of the common examples of obsession include imagining doing harm, fear of contamination, illness or physical symptoms and fear of failing to prevent harm. Some of the examples of compulsion include repeating specific words, repeating actions, and repetitive checking.

Post traumatic stress disorder is an anxiety disorder that develops after experiencing any shocking, scary or dangerous event. Anyone can develop this anxiety disorder and at any age and it is accompanied by symptoms like re-experiencing traumatic events through nightmares or flashbacks, emotional numbness and avoiding things that act as a reminder of an event, and negative alterations in cognition.

Anxiety is common and natural but only when it is not affecting you doing daily activities. Share this post with your loved ones to aware them about the anxiety disorders and its symptoms.

Tags: Are You Aware Of A Migraine?, Things That Affect The Health Of An Unborn, Fight With Depression In Five Simple Ways, 5 PMS hacks that can save your day