Importance And Role Of Vitamin D In The Human Body 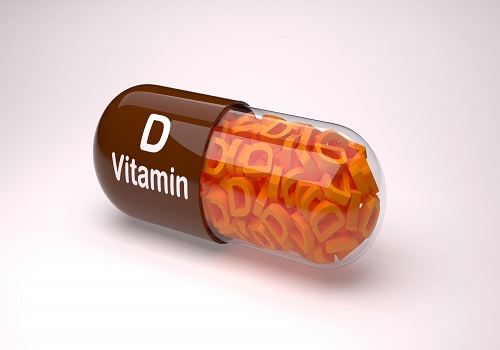 Vitamin D is a fat soluble vitamin that is present in many food items and can also be produced from the ultraviolet rays when the skin is exposed to the sunlight. This vitamin is well known to involve in multiple functions in the bones, autoimmune diseases, cell growth, immune functions, and neurovascular functions. The deficiency of Vitamin D is reportedly widespread across the world and the deficiency can occur due to various reasons such as:

Deficiency of Vitamin D is very common among people worldwide and it has become a condition that requires immediate actions as Vitamin D deficiency can lead to the impairment of the functioning of many organs or abnormalities in the level of other important hormones and nutrients.

Vitamin D plays a central role in the musculoskeletal system and any fluctuations in the level of this Vitamin throws a major impact on the health of the bones. Deficiency of Vitamin D does not only affect the quality of bone but it also increases the risk of fractures. Vitamin D deficiency is associated with diseases affecting bone health such as rickets, osteoporosis, osteomalacia. Deficiency of Vitamin D also leads to abnormalities in the levels of calcium, phosphorus and bone metabolism. It increases the osteoclastic activity that weakens the bones and leads to decreased bone mineral density. This further results in the conditions such as osteoporosis. Also, abnormalities in the phosphorus level lead to an increased phosphorus secretion and hence causes mineralization defect in the skeleton. People who have specific muscle weakness, muscle aches and pain have been found with Vitamin D deficiency. The deficiency is more common in the elderly’s and therefore even a small fall can lead to a fracture.

Numerous studies have suggested that the Vitamin D is associated with the functioning of the immune system and the deficiency of this vitamin can lead to an impaired immune system. Immune responses are of two types, innate response, and an adaptive response. The innate response involves response against pathogens and in this response, macrophages and monocytes provide defense against the invading pathogens. In contrary, an adaptive response is a specific pathogen based response which gets triggered by the activation of antigen cells in the jawed vertebrates. Vitamin D is found in the action of monocytes to macrophage and it plays a vital role in the functioning of the innate immune response by killing the pathogens.

Vitamin D is actively involved in multiple metabolic pathways and there are evidences that suggest that the deficiency of Vitamin D in the body is associated with an increased risk of cardiovascular diseases such as arterial hypertension, dyslipidemia, obesity, myocardial infarction, stroke and coronary artery diseases. The association between the Vitamin D and high blood pressure includes the relationship between the level of Vitamin D and the activity of renin angiotensin aldosterone system. It is established that Vitamin D plays an active role in coronary artery disease through different mechanisms. Researchers have shown that Vitamin D protect vessel walls against damage that is caused by an inflammation. It does this by increasing the expression of anti-inflammatory cytokines and decreasing the expression of pro-inflammatory molecules.

It has been shown that the Vitamin D deficiency highly increases the risk for many neurological diseases such as Alzheimer’s disease, Parkinson’s disease, depression, autism, epilepsy and multiple sclerosis. Vitamin D throws important effects during brain development and this effect is linked to the antioxidative mechanism, increases the activity of nerves and it also has mood stabilizing effect. Vitamin D not only regulates neuronal differentiation and the production of factors that include the growth of the nerves but it also serves as a neuroprotective agent. Deficiency of Vitamin D is related to numerous problems. An inadequate Vitamin D decreases the production of the substance that is responsible for limiting the infarct size and accelerates neuronal regrowth.

Vitamin D has been considered as an essential nutrient for the human body and it is required by every system of the body including the digestive system. According to the studies, most of the patients suffering from diseases like celiac disease, short bowel syndrome, ulcerative colitis and many other intestinal problems are found to lack Vitamin D. In fact, the severe deficiency of Vitamin D is found in people suffering from acute pancreatitis. It is a condition which occurs due to an inflammation in the pancreas which produces digestive enzymes and numbers of hormones. In the case of chronic pancreatitis, patients experience wastage of Vitamin D as a consequence of malabsorption and diarrhea.

Tags: 4 Early Symptoms One Should Never Ignore, 5 Diseases Associated With The Circulatory System, How Diabetes Is Affecting Your Nervous System, How hormones affect the body