Indigestion can be a symptom of an underlying problem 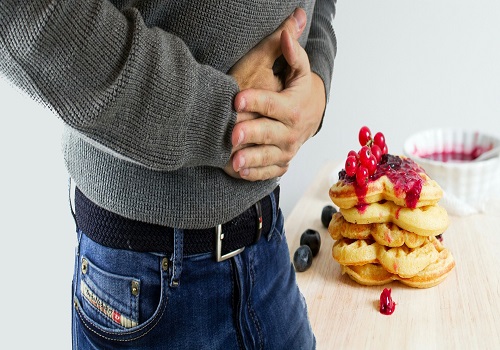 We all must have had experienced the symptoms of indigestion at least once in a lifetime. Indigestion is a general term used for the medical condition known as dyspepsia and it is characterized by the discomfort or pain in the upper abdomen or chest. These symptoms usually occurs after the meal.

Sometimes indigestion can occur without any relation to food at all. The inflammation of the lining of the stomach can result from some underlying disease. Here is the list of some of the diseases that can cause indigestion.

Gastroparesis is a condition in which the food moves through the stomach too slowly and takes longer to digest. It is a chronic disease which is characterized by bloating, nausea, bad breath, weight loss, loss of appetite, abdominal pain and uncontrolled glucose level. The cases of gastroparesis can be divided into three groups:

In patients having diabetes mellitus, delayed gastric emptying can create erratic glycemic control as a result of unpredictable nutrient delivery of food into the upper gut where it is absorbed. Some other rare causes of gastroparesis include Parkinson disease, amyloidosis, paraneoplastic disease, scleroderma and mesenteric ischemia.

Irritable bowel disease is a condition that mainly affects the large intestine. It is a chronic and often lifelong disorder. Irritable bowel disease is characterized by the presence of abdominal pain and discomfort that is accompanied by a change in bowel habit. It involves problems with the movement of digested food through the intestines and sensitivity with the working of brain.

Some of the symptoms that occurs in the patients having irritable bowel syndrome include abdominal pain, constipation, bloating, feeling that you have not finished the bowel movement  and sometimes, it is accompanied by other gastrointestinal problems such as non-ulcer dyspepsia and celiac disease. Although the exact cause of irritable bowel syndrome is not known yet but there are many factors that can contribute to the development of this disease and some of the factors include food intolerance, infection, stress, eating habits and certain medications.

In patients having irritable bowel syndrome, there is a problem with how the brain receive and process sensations that come from intestines.

GERD, also known as gastroesophageal reflux disease is a chronic disease which occurs when the contents in the stomach flow back into the food pipe. It occurs due to the disordered valve mechanism between the esophagus and the stomach. Some of the symptoms that occur in patients having GERD include burning sensation in the throat and chest, stomach pain, dry cough, problems with swallowing, problems with breathing during sleep, and sometimes bleeding in the esophagus can also occur.

Sometimes, GERD can result in serious damage to the esophagus as chronic scarring can lead to the narrowing of esophagus.

Thyroid gland is a gland that makes up endocrine system and it is located in the front of the neck. Thyroid gland makes store and release two hormones – thyroxin and triiodothyronine that are responsible for controlling the metabolism – the way body uses energy. These hormones play an important part in the body and any fluctuations in its level affects the organs of the body.

Hypothyroidism is a condition in which the thyroid gland fails to produce enough thyroid hormones to meet the needs of the body. This deficiency of the thyroid hormones affects the body. Hypothyroidism affects almost all the organs of the body, including digestive system. Some of the symptoms that occur in patients having hypothyroidism include constipation, decreased appetite, loss of sex drive, feeling of fullness, muscle ache, brittle nails, pain around the eyes and many more.

Chronic Pancreatitis is defined as a condition that causes pancreatic inflammation and fibrosis which results in the damage of pancreatic parenchyma and loss of endocrine and exocrine function. Chronic pancreatitis occurs when the pancreatic injury is followed by the immune activation in which the fibrosis dominates. The interaction between environmental factors is known to contribute to the development of chronic pancreatitis. These factors causes the recurrent pancreatic injury and predisposing to an altered immune system lads to the occurrence of chronic inflammation and fibrosis.