Lack Of Iodine Is A Topic Of Concern 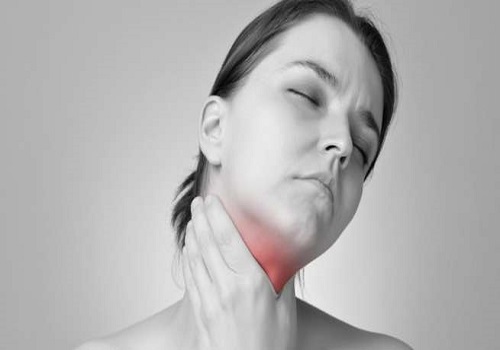 According to the researchers, millions of people in the developed countries are living with iodine deficiency disorder. It is among the most significant public health problems in the world at present times, and it is responsible for damaging human health in several ways. Iodine deficiency interferes with the normal development of the brain.

Severe iodine deficiency is associated with various disorders that interfere with the quality of life of an individual. The body does not make iodine but the body obtains it in the diet. Some of the diseases that are closely associated with the deficiency of iodine in the body are as follows:

Insufficient intake of dietary over a long period of time is associated with the development of goiter. The dependence of the thyroid gland on dietary iodine intake in order to maintain plasma inorganic iodine within normal limits is the main cause behind the correlation. The production of thyroid hormones requires an adequate amount of iodine in the thyroid. When iodine enters the thyroid gland in an inorganic form as iodide that is derived from the intake of food, water, and drug. When the body lacks iodine, it causes a problem known as hypothyroidism and as a result, the pituitary gland in the brain senses the level of thyroid hormones and produces thyroid stimulating hormone. This hormone stimulates the thyroid to produce hormones and to grow in size. This abnormal growth in the size of the thyroid gland is known as goiter.

Most often, there are no symptoms of goiter but sometimes people can experience symptoms like tightness in the throat, coughing, trouble swallowing, trouble breathing and hoarse voice.

Cretinism is not a single disease but rather it is a syndrome of great diversity that ranges from severe hypothyroidism to major neurological disorder. Cretinism is a medical condition that is characterized by two syndromes, more common is neurological cretinism that involves brain damage, deaf mutism, squint and spastic paresis of the legs and the less common syndrome is myxoedematous cretinism that involves severe hypothyroidism, growth retardation, and mental defect.

The neurological cretinism is a most common form and it is typically of normal stature and does not show any obvious signs of hypothyroidism. They are characterized by several neurological deficits. The mental deficiency in neurological cretinism is more severe than in another types of cretinism. In contrast, myxoedematous cretinism displays all the symptoms of hypothyroidism, including mental retardation and coarse skin. Iodine deficiency is a severe problem and there are various studies, that reports a close relationship between mental retardation and iodine deficiency.

Fibrocystic breast change is one of the common breast diseases in women and it is described as normal changes that occur in women’s breast from puberty through menopause. The most common symptom of fibrocystic change includes pain and tenderness which usually occurs in both breasts. But sometimes, women do not experience any pain, instead, they feel the lump or nodules within the breast. Usually, the breast pain occurs in the upper and outer part of the breast and some women notice lumps in one or both breasts which become most tender one to two weeks before the menstrual cycle.

Numerous studies suggest that deficiency of iodine can be the major cause of various pregnancy related issues. Iodine plays a vital role in maintaining the health of an individual but it becomes essential for the health of pregnant woman and iodine deficiency in the pregnant woman has been associated with miscarriages, preterm delivery, and congenital abnormalities in the baby. These abnormalities can stay with the baby throughout life and can severely affect the quality of life.

Also, studies have reported that women who lack iodine in the body are more likely to experience reproductive issues such as infertility.