Is It True That Junk Food Reduces The Sperm Count? 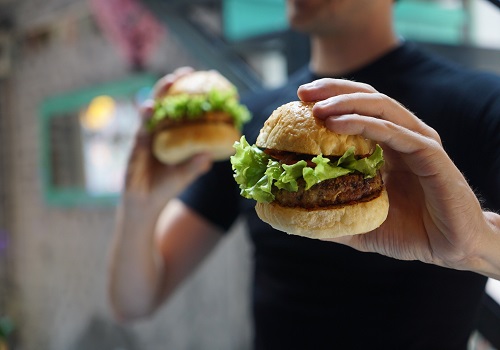 It is quite hard to resist the urge while looking at all the food vendors and outlets down on the street. Researches have proved that besides being unhealthy, eating junk food is doing a lot more damage to health. Low sperm count due to the consumption of junk food is one such issue that is turning into a serious problem.

According to the World Health Organization (WHO), the normal sperm count is considered to be 39 million or more per ejaculation. Men with fewer sperms than that are known to have a lower sperm count, which negatively affects a man’s health and ability to get their partner pregnant.

After noticing a decline in the sperm count, especially in the western countries, the curiosity level rose in the researchers concerning the factors that are contributing to this issue. A research was conducted by Harvard University to study if men’s nutrition is a factor that leads to this problem in men.

After including about 3000 men in the research study, aged between 18 and 20, the scientists from the Harvard TH Chan University of Public Health analyzed their diet as well as their sperm count. It was found that men who consumed a healthy diet had a better sperm count than the men who eat a western diet, which include pizza, processed meat, snacks with high sugar content, and soft drinks.

"You would be surprised to see how sensitive young men are to things that might affect sperm count because it's a perceived measure of masculinity." said Dr. Jorge Chavarro, the lead author of the study.

The drastic effects of the unhealthy diet were seen when the sperm count of each category was compared. Men who ate a lot of junk food had 25.6 million fewer sperm than those who with a balanced diet. It’s not good news that the sperm count among men is decreasing because of their diet pattern, because sperm are essential for the reproduction process to take place. With nearly 60 percent decrease in the average sperm count over the past 40 years, the situation isn’t favorable for the future.

Also Read:  Attention-Deficit/Hyperactivity Disorder (ADHD) - What Is It And How To Treat It?

"Sperm count has been declining in the Western countries over the past few decades," said the researchers at the annual meeting of the European Society of Human Reproduction and Embryology.

According to the Centre for Disease Control and Prevention (CDC), 9% of men aged between 25 and 44 have been treated for infertility. Although the problem could also be genetic or because of an underlying disease, research has concluded that external factors like nutrition intake are worsening the problem.

“A high processed food diet may be responsible for the known trend that has been recorded over the recent past of progressively decreasing sperm counts," said Charles Lindemann, a professor emeritus and researcher at Michigan's Oakland University.

Does the problem concerns only men?

Research has been conducted on women also, and the results point in the same direction. Normally, the women had an 8% risk of infertility while women who ate junk food four or more times a week were twice as likely to experience infertility. Women consuming junk food also took a month longer to get pregnant, as compared to healthy eaters.

Is the damage reversible?

The consumption of processed food decreases the amount of Sertoli cells, which are present in the testes and support the production of sperm. Unfortunately, according to some researches, these cells cannot be replenished once they are killed, causing the damage to be permanent. The research concerning fertility and sperm health is complex, and it’s not exactly a fact yet that the damage caused is irreversible.

"I think this reinforces the fact that our diets are important in sperm health. You're not just eating a healthy diet for your own sake, but for optimized ability to have future children. Changes take time, but they are worthwhile to make." said Dr. Bobby Najari, a urologist at NYU Langone Health.

Conclusion:
Even if the damage caused by junk food is reversible, it doesn’t make its consumption any better for us. It will still be listed under the category of unhealthy foods. Sperm reduction is a significant risk to health and can lead to severe consequences in the future. It can affect both men and women, and there shouldn’t be any compromise concerning the health as junk food has a lot more side effects and it can affect the overall health of an individual. Switching to a balanced diet can improve overall health and well-being and also keep you clear from diseases.


Tags: Food for healthy sperm, How to eat garlic to increase sperm count, Foods that can kill sperm in a woman