Is Salt Bad For You? 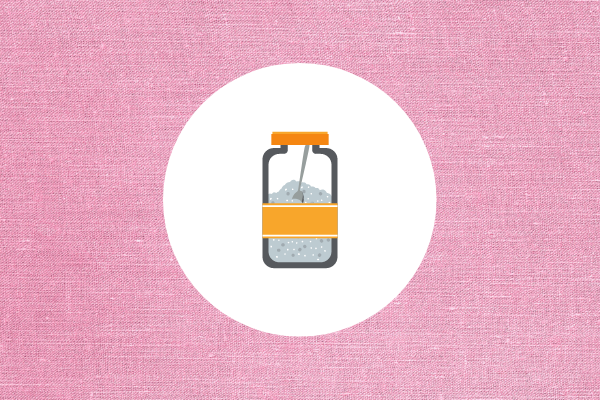 The question if salt is bad for us or not is a very valid question that one should talk about. It is important so that the average person who is eating their meals and living their lives can know what to do and not worry about this thing that just would not die.

Millions of people limit their salt intake and their diet is so bland and boring that they hate it. This is because they believe they should limit their salt. Should they be doing that is more of a valid question.

Sodium Chloride, the chemical name for salt, is essential for the proper functioning of the cell membrane of every single cell in your body. In order for cell membranes to pass particles, chemicals and elements in and out of the cell, it has to have sodium and is not optional.

Your body controls your serum sodium level in your bloodstream very tightly because if it is too low or too high, it could be a problem.

High amounts of salt are linked to:

Whereas low amounts of salt is linked to:

Symptoms of an inappropriate amount of salt in the body :

Your body is well aware about it.

So if sodium is so essential, where does this notion of sodium being bad for us comes from?

This idea came from one person and then another person put it into action for all the people in the United States. So that one guy was a doctor by the name of Luis Dahl and he was researching sodium metabolism back in the 60’s and 70’s.

He did research on rodents, either rats or mice but not on humans. He would give these rodents the equivalent of a hundred times the amount of salt or sodium that the average human would eat. So it was a ridiculous amount of sodium.

When he did that he would actually make the rodents have high blood pressure. Remember that we are not talking about humans but rodents and the dose of sodium is a hundred times greater than any human being would ever eat in their life.

He published his results and it caught on and a lot of scientists thought that salt is bad for us because we love it so much.

So about the same time that he published his findings in the 70’s, there was a select committee in Congress that was trying to come up with guidelines of what the citizens of the United States should eat and what they should avoid.

This was also headed by another guy who’s name was Senator George Mcgovern. You may have heard of him. So in 1977 they actually published these guidelines which had lots of discrepancies in them and it also had a recommendation to eat less salt.

They wanted people to eat less than three grams of salt and sodium a day. So this began from one person doing research on rats with sodium and all of a sudden it was a part of the official federal government guidelines.

So the hypothesis that these two people believed to be true was that- if one eats too much sodium, it will increase your blood pressure and that increased blood pressure might make you have a heart attack which will ultimately make you die.

So therefore too much sodium increases your risk of dying. This is not true. When you look at all the meaningful research done in the past, you may find that for people with heart failure, when you restrict sodium in human beings, they die sooner from all causes.

Their mortality goes up. So the less salt you eat, the more likely you are to die. That is actually what the research shows in humans. Multiple trials put together in multiple analysis. Still, to this very day, your doctor, health care provider and nurse will say that you should limit your sodium intake as they are basing their recommendation on the research mentioned above.

Let us look at common sense and the ancestral appropriateness. All mammals, of which we are a part of required salt. They will walk approximately four miles to find salt. And they do not need this because they are gluttons or because they are addicted to the salt.

They do it because they need it. They need it for their cell membranes to work properly. Any hunter knows this and because of which many hunters have dropped a salt block back in their pasture and in the woods because they know that animals will come and lick that salt.

Wild mammals and birds are known to aggregate at natural mineral deposits known as salt licks where they can ingest the essential sodium and chloride minerals they need to survive.

Hence they will seek it out. In the same manner, we humans being part of the mammal class also need salt like that. That is why we have salt receptors in our tongue and that is why we love salt so much.

Now some people might say that humans love crack cocaine, alcohol and sugar but that does not mean that we need it, which is an absolutely right thing to say. So in the same logic we are not addicted to air, water or salt. The reason we need them is so that we do not die.

So that is a fact of the diction and hopefully, you see a difference there. If animals walk miles to get this salt then it stands to reason that we probably also need plenty of salt. These animals do not go and just lick the salt until it disappears.

They lick it until their body signals that that is enough salt. That is when they stop. That is exactly what we should do as human beings as well. We should salt to taste. You need to know about the electrolytes and the elements in our bloodstream that are present and how much you need of each component.

Anybody who is having muscle cramps every now and then knows how important magnesium is in their diet. We need two milliequivalents per liter of magnesium, which is the normal level.

This is also important and we need that as well. We definitely do. If we do not have the right enough magnesium or potassium we can get in trouble very quickly. We need four milliequivalents per litre of potassium.

Chloride which is a part of Sodium chloride, we need a hundred milliequivalents per liter to function properly.

What about sodium? We need one hundred and forty milliequivalents per liter in order to have proper human functions.

We actually need seventy times more sodium in our bloodstream than potassium in order for us to function optimally. Once you understand this, your confusion will automatically go away.

Tags: Is sodium bad for weight loss, Is salt bad for you if you dont have high blood pressure, Importance of salt in human body