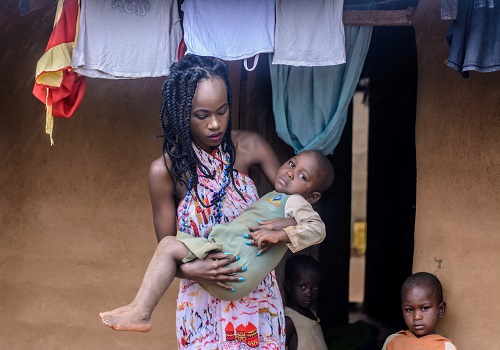 Juvenile arthritis has a significant impact on the quality of life of children. Persistent or recurrent pain affects the children adversely and it is accompanied by restriction to do physical activity. Many children with juvenile arthritis experience the limited use of fingers and have problems with holding things. Multiple studies suggest that long period of arthritis can impair muscle development that leads to growth retardation, joint erosion, and uneven limb lengths. Arthritis affects every child differently and the symptoms that occur in children may also vary from one person to another.

1.Oligoarthritis - It is the most common type of juvenile idiopathic arthritis and it is defined as a condition which involves four or fewer joints in the first six months of the disease. Numerous researchers suggest that usually oligoarthritis begins before the age of six and girls are more likely to be affected by this disease as compared to the boys.  Although oligoarthritis involves four joints at most, in some children more joints can be involved and that condition is known as extended oligoarthritis. The symptoms of oligoarthritis include difficulty walking, pain and swelling in joints, and an inflammation in the eye.

2.Polyarthritis - It is a condition which is defined as an inflammation of more than four joints. When an individual suffers from polyarthritis, he or she experiences pain from multiple joints and the pain can originate from the joints, from the adjacent structures such as bones and tendons and from the metabolic factors such as depression and hypothyroidism. Polyarthritis is more common in girls as compared to the boys and it can occur anytime in childhood. Most often, small joints of the finger and hands are affected but it can also affect the joints of the knee, hip, and ankles.

3. Systemic arthritis - It is defined as a chronic type of arthritis, characterized by fever, skin rash, anemia, inflammation of the lining of the heart and lungs. And an enlargement of the liver. Usually, an inflammation of joints begins at the same time as the fever and rash but it starts weeks or months later. Systemic arthritis is different from other types of juvenile idiopathic arthritis and this is because systemic arthritis has other systemic symptoms in addition to the symptoms that are associated with arthritis. It throws a major impact on the children and is associated with various long term complications.

Arthritis is one of the most common problems that is affecting a large number of people. According to the studies, every year a large number of children suffer from arthritis. It is important to diagnose this condition as early as possible as juvenile arthritis is associated with an adverse impact on the quality of life.

Share this post with your family and friends to create awareness about this disorder. Stay Safe, Stay Healthy!!