Craving For Alcohol During Pregnancy? Know About Fetal Alcohol Syndrome Before That. 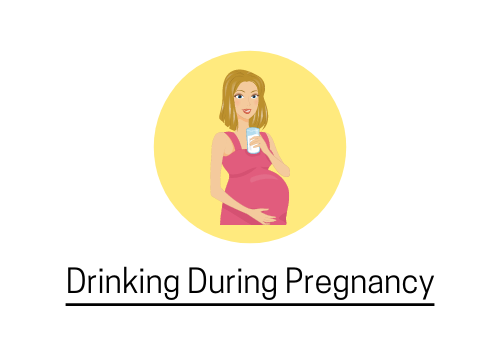 According to some experts, an estimation of 40,000 babies is born with Fetal Alcohol Syndrome(FASD) in the United States every year. As per the studies of the Centers for Disease Control and Prevention (CDC) and others, somewhere between 800 and 8,000 babies could be born each year with FAS in the U.S.

What Does Fetal Alcohol Syndrome Mean?

In fact, not even a small amount of alcohol is safe to consume when you are expecting a baby. Even after knowing this, if you still consume alcohol during pregnancy, you are putting your child at a high risk of fetal alcohol syndrome.

In case you know that your child has fetal alcohol syndrome, consult with the doctor as soon as possible. Early diagnosis can help by lowering complications, such as learning difficulties and behavioral issues.

What Are The Signs And Symptoms Of Fetal Alcohol Syndrome?

Physical defects that may occur after getting affected by fetal alcohol syndrome are:-

Complications due to fetal alcohol syndrome on the central nervous system include:-

Difficulty while socially interacting with people, such as:-

Also Read: What Will Happen If You Are Allergic To Alcohol?

Can One Drink Cause Fetal Alcohol Syndrome?

You will soon get to know the answer. But before that, let’s know about what happens on drinking alcohol during pregnancy:-

A human baby’s body parts, such as the brain, heart, and blood vessels, start to develop at the very early stage before you know. Consuming alcohol during this phase can harm your baby. Along with nutrition, alcohol is also used in the developing process of your baby. However, the risk is at any time during pregnancy.

Which Group Is The Highest Risk For Having A Child With FAS?

There is no fixed amount of alcohol consumption allowed during pregnancy. A single drink can be harmful. Therefore, it is strictly recommended not to consume alcohol during pregnancy. After reading this if you still drink alcohol under the following conditions, you are putting your baby at risk:-

The problematic behaviors of fetal alcohol syndrome (secondary disabilities) that are examined at the time of birth are:-

How Is Fetal Alcohol Syndrome Prevented?

The best way to keep your baby safe from fetal alcohol syndrome is not to drink alcohol if you are trying to be pregnant or even during pregnancy. Here are some of the following measure that can help you to prevent FAS, such as:-