Knowing The Effects Of Sleep Disorders 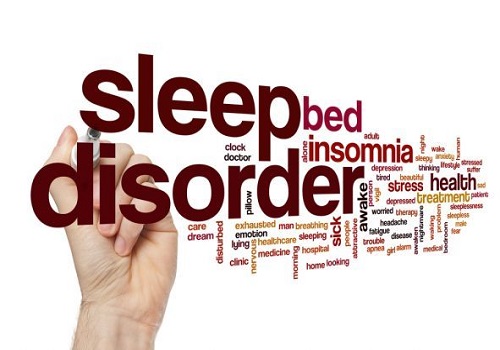 Sleep is a basic need for a healthy life and a poor sleep throws adverse impact on daily life. It plays an important role to maintain the health and sleep deprivation is linked to the development of various chronic diseases. It increases the risk of psychiatrist conditions such as stress, depression and it also decreases the ability to concentrate and pay attention to new information. Sleep plays a vital role in the cognitive function. There are a large number of sleep disorders and both lack of sleep and excessive sleep are symptoms of sleep disorders. Some of the sleep disorders include:

Insomnia is a common sleep complaint in which a person regularly struggles to maintain sleep or find it hard to initiate sleep.  According to the studies, insomnia is the commonest sleep disorder and a large number of people suffers from this condition. Insomnia can be a result of medical and psychiatric conditions and stress, anxiety and depression are the most common cause of this disorder. Most of the people who have insomnia are also reported to be suffering from physical illness such as heart disease, respiratory disorders, and arthritis. Insomnia is considered to be a chronic condition when the symptoms occur at least three nights a week for a month or longer. Daytime sleepiness, tiredness, irritability, problems with concentrations are some other symptoms of insomnia. Also, women are two times more likely to suffer from insomnia as compared to men.

Sleep disorder is a serious sleep disorder that occurs when the breathing of a person is interrupted during sleep. People with sleep apnea syndrome may stop breathing for ten seconds or more. They may stop breathing many times at night without even being aware of it. Some symptoms that are experienced by people with sleep apnea include restlessness, snoring, daytime sleepiness, sore throat, irritability and sexual dysfunction. Sleep apnea is of two types:

Also Read: Importance And Role Of Vitamin D In The Human Body

Narcolepsy is a disorder of excessive daytime sleepiness despite adequate sleep. It is considered a neurological disorder that occurs when the part of the brain that controls sleep fails to function properly or functions abnormally. It is a chronic condition that has symptoms like a hallucination, excessive sleepiness, sudden loss of muscle tone, and sleep paralysis. This condition can cause you to have sudden sleepiness anytime and can make you sleep at an inappropriate time like driving, eating or while at work. Both men and women can get narcolepsy and it can occur at any age but the most diagnosed cases of narcolepsy are observed between the ages of 10 and 30.

Sleep disorders are common among people but in most cases, people are unaware of their condition. It is essential to know about such health problems and the symptoms associated with them. Share it with your family and friends and create awareness.

Tags: Importance And Role Of Vitamin D In The Human Body, Are You Aware Of A Migraine?, Dangerous Effects Of The Stress, 5 Diseases Associated With The Circulatory System