Knowing Some Medical Causes Of Constipation 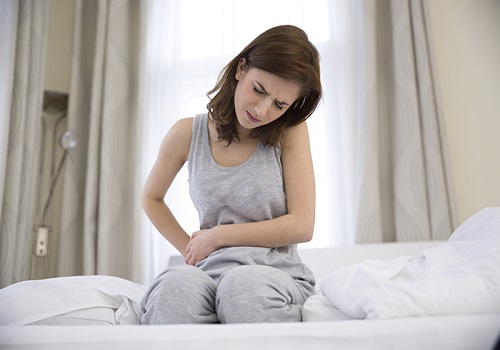 Constipation is the most common digestive complaints by the general population and it is believed that millions of people experience constipation frequently and has to taxatives every month. It can affect people of all ages and the severity level of this problem vary greatly from person to person.

Constipation is defined as a condition that occurs due to disturbance in bowel habits. When a person has a bowel habit less than three times in a week, he or she is considered to be constipated. Constipation basically refers to two conditions, either very slow movement of food residues through the colon or difficulty passing bowel movements when they reach rectum. Constipation can be categorized into different types:

Some health problems that could be the cause of constipation

Evidence has shown that thyroid dysfunction is strongly associated with problems with bowel movements. The thyroid is a gland which plays crucial roles in the body and is primarily known to produce hormones, thyroxine and triiodothyronine which are important to perform many important functions such as metabolism. The right amount of production of these hormones is important for the normal functioning of the human body, and any fluctuations could lead to the development of acute and chronic health problems, including constipation.

Constipation is believed to be associated with hypothyroidism. One of the mechanisms is that in order to move the stool normally, the muscles that line the digestive tract of the small and large intestine needs to get contracted. Hypothyroidism weakens the contractions and makes it difficult for the stool to pass through the system.

Diabetes mellitus is one of the most common health problems these days across the world. A large percentage of population across the world is living with this disease, including both adults and children. It is defined as a metabolic disorder which is characterized by increasing the levels of blood glucose in the body to an extent that it affects the working of other body parts. It results from lack of insulin production, inability of the body to use produced insulin, or both.

Uncontrolled glucose level in the blood is associated with the development of many complications and it can cause damage to the nerves of many body parts such as eyes. Many times very high glucose level in the blood leads to the damage caused to the nerves that control the digestive system, resulting in the occurrence of gastrointestinal problems such as constipation.

Hypercalcemia is a medical condition which is characterized by too much calcium in the blood. Calcium is very important for the normal functioning of the body but too much of it could lead to the development of many health problems and in medical terms, it is known as hypercalcemia. Calcium is important for the development and the normal functioning of the nervous system as it helps in the release of nervous transmitter substances. Calcium is involved in the formation of neuronal networks and controlling the synapse function. In the nervous system, synapse allows the nerve cells to pass signals to other cells of the body.

Hypercalcemia is known to be highly responsible for many health problems such as constipation, stomach upset, vomiting, and nausea. High calcium levels in the body is associated with the development of many gastrointestinal problems and chronic constipation is one of the most common complication or side effect of it.

Irritable bowel syndrome (IBS) belongs to the group of diseases known as gastrointestinal problem. It is a disorder which primarily affects the large intestine. IBS is basically a disorder which indicates that the bowel is not functioning properly. The nerves and muscles in the bowels of patients having this disease becomes very sensitive. For example, the muscles may contract when a patient eat, resulting in pain or cramping.