Hypoesthesia And Its Medical Causes 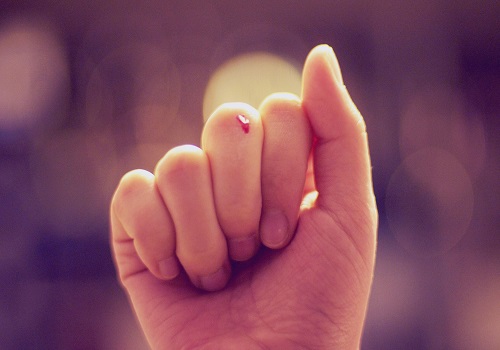 Hypoesthesia is a medical term used to define a decrease in normal sensation. Hypoesthesia can result when any kind of injury cause damage to the nerve fiber. This can include a needle injury that is an infection to the nerve fiber or vascular damage around the nerve. Other causes of hypoesthesia may include mechanical injury including indirect pressure to the mandibular canal during surgical procedures, and toxicity of local anesthetic agents.

It is a problem which can have many causes, including the presence of certain disease. Hypoesthesia can occur due to certain diseases and some of them include:

Beriberi is a disease which is characterized by thiamine (Vitamin B1) deficiency. It is a rare disorder, but the most serious in infants as the need of thiamine is most needed during that time for the rapid growth and development. Thiamine is also required for metabolism and energy production. In infants, the excessive deficiency of thiamine causes beri beri, marginal deficiency of thiamine could lead to the occurrence of health problems like fatigue, anorexia, and dizziness.

The symptoms that occur in Beriberi are considered to be bilateral and symmetric tingling in the lower extremities, beginning from the toes, burning sensation in the feet, abdominal pain, constipation and muscle cramps in the calves.

Rhombencephalitis is a medical term used for inflammatory diseases of the rhombencephalon. Rhombencephalon is the posterior brain which is made up of annular protuberance, the spinal bulb, and the cerebellum. It is a rare disease but has a high morbidity and mortality rate. It is a disorder which is associated with the occurrence of a wide range of symptoms which can vary greatly from person to person and also in frequency and severity. Many times, this disease is also known as brainstem encephalitis.

The causes of this disease can be divided into three - infectious, autoimmune, and paraneoplastic syndrome. Some of the most common infectious causes of this disease include listeria and herpes virus. The most common autoimmune cause include behcet disease. Lastly, paraneoplastic syndromes that causes rhombencephalon is associated with antibodies like anti-Yo, anti-Tr, anti-hu, and anti-amphiphysin antibodies.

Schwannoma are the benign tumor that originates from schwann cells that arise around the cranial and peripheral nerves. Schwannomas arising from trigeminal nerve is rare but this nerve is considered to be the second most frequent intracranial site of schwannoma occurrence, following vestibular nerve. These tumors can arise anywhere between the root and the distal extracranial branches of the trigeminal nerve. It is associated with the development of a wide range of symptoms and signs that depends on the location of tumor and the extent of the tumor growth.

Intradural extramedullary tuberculoma of the spinal cord (IETSC) is not a common disease and it is known to occur secondary to tuberculous meningitis. In other terms, it is considered to be a serious complication of tuberculosis. Tuberculosis is a disease which occurs due to the growth of a bacteria known as Mycobacterium tuberculosis. It occurs when the bacteria enters the lungs. Although it can occur in any part of the body, lungs is the most common site.   Intradural extramedullary tuberculoma of the spinal cord (IETSC) occurs as a paradoxical response to antituberculous therapy.