Myths About HIV AIDS To Watch Out For 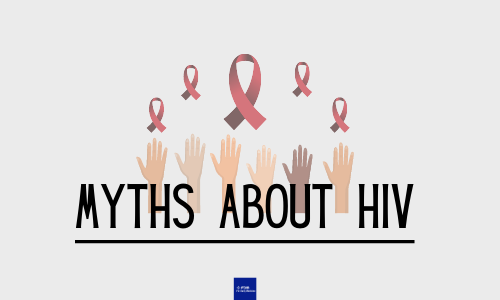 Introduction to HIV/AIDS and HIV Symptoms

Human immunodeficiency virus ( HIV) targets the immune system and weakens people's defense against many infections and certain types of cancer. As the virus destroys and impairs the function of immune cells, infected individuals gradually become immunocompromised. Immune function is usually measured by the CD4 cell count.

Immunodeficiency results in increased vulnerability to a wide variety of viruses, cancers, and other diseases that people with strong immune systems can protect against.

The most advanced stage of HIV infection is acquired immunodeficiency syndrome ( AIDS), which can take several years to develop if not treated, depending on the patient.

The most advanced stage of HIV infection is acquired immunodeficiency syndrome ( AIDS), which can take several years to develop if not treated, depending on the patient. AIDS is characterized by the occurrence of certain diseases, infections, or other severe long-term clinical manifestations.

The symptoms of HIV vary according to the stage of infection. While HIV-positive people appear to be most contagious in the first few months after they have been diagnosed, many are unaware of their status until the later stages. Any signs of flu-like illness, including fever, headache, rash, or sore throat, can occur in the first few weeks after the initial infection.

As the infection slowly weakens the immune system, other signs and symptoms may develop, such as swollen lymph nodes, weight loss, fever, diarrhea, and cough. Serious diseases such as tuberculosis (TB), cryptococcal meningitis, serious bacterial infections, and cancers such as lymphomas and Kaposi's sarcoma may also grow without care.

HIV is the virus that causes the disease. AIDS stands for Acquired Immunodeficiency Syndrome. HIV and AIDS are not necessarily the same thing. Those with HIV will not necessarily have AIDS.

HIV is a virus that has passed from person to person. Over time, HIV destroys an important type of cell in your immune system ( called CD4 cells or T cells) that helps protect you from infections. If you don't have enough of these CD4 cells, your body can't fight infections the way it can.

AIDS is a condition caused by the damage to the immune system caused by HIV. You have AIDS when you have serious infections or a very small number of CD4 cells. AIDS is the most severe level of HIV, leading to death overtime.

Without treatment, it usually takes about ten years for someone with HIV to develop AIDS. Treatment speeds down the damage done by the infection and can help people remain alive for many decades.

The most common primary HIV symptoms are listed as follows:

Here's a list of the most common AIDS symptoms:

You will only get HIV if you have the body fluids of someone who has HIV in your blood. A person with HIV will pass the virus on to others, whether they have symptoms or not.

HIV can be diagnosed with quick diagnostic tests that provide results on the same day. This makes early diagnosis and linkages with treatment and cares much easier. People may also take HIV self-tests to test themselves. However, no single test can provide a complete diagnosis of HIV; confirmatory testing is provided by a certified and trained health professional or community professional at a community center or clinic. HIV infection can be identified with great precision by means of WHO pre-qualified tests within the nationally accepted research strategy.

The most commonly used HIV diagnostic tests detect antibodies developed by a person as part of their immune response to HIV control. In most cases, people develop HIV antibodies within 28 days of infection. At this time, people are entering the so-called "gap" phase – when HIV antibodies have not been developed at sufficient rates to be identified by standard testing, and when they may have seen no symptoms of HIV infection, but also when they may have transmitted HIV to others. After an infectious person can transmit HIV transmission to a sexual partner or a drug-sharing partner or to pregnant women during pregnancy or breast-feeding.

With a positive diagnosis, people should be retested before they are admitted to medication and care to rule out any possible examination or reporting mistake. Notably, after a person has been diagnosed with HIV and begun treatment, they should not be retested.

HIV destroys CD4 T cells — white blood cells that play a major role in helping your body fight disease. The fewer CD4 T cells you have, the weaker your immune system will become.

You may have HIV infection, with little to no signs, years before you turn to AIDS. AIDS is diagnosed if the CD4 T cell count falls below 200 or if you have an AIDS-defining condition, such as a severe infection.

Some HIV tests check for antibodies produced by your immune system in response to HIV infection. Many HIV studies are searching for evidence of the virus itself. A rapid HIV test will yield results within 20 minutes.

HIV diagnosis is the only way to say for sure whether you have HIV. Many people have no symptoms and can live for several years without realizing that they have a virus.

Getting an AIDS Test or HIV tested is quick, easy, painless, confidential, and almost always free. Test for HIV to keep you and your partners healthy on a regular basis. When you know your standing, you will stop thinking about it.

Often people would need to go to a health care facility to take a follow-up exam. Many times, a follow-up exam can be conducted in a laboratory using the same blood sample as that given for the first study. A positive follow-up HIV test indicates that someone has HIV.

Talk to your health care provider to know more about HIV testing.

How do HIV/ AIDS Tests Work?

When you get HIV, the immune system produces antibodies that try to ward off the infection. The most common type of HIV test or AIDS test is for these antibodies in your blood or cells from your cheek.

It normally takes around 3 months for the body to produce enough antibodies to turn up for an HIV test, but it may be longer. This time after you get infected but don't get a positive HIV test, it's called the "window era." If you get tested during this time, you will get a negative result even though you actually have HIV. You will have the greatest risk of giving HIV to other people during the window era.

There are a lot of misconceptions about HIV. Myth is a myth or a concept that isn't real. It is important to be able to tell the truth from the theory when coping with HIV. Believing myths can lead to anxiety, denial, and even harm to your safety.

It's important to know the truth and get the facts right. Sometimes people appear to be well-informed or well-meaning to give out false information. Speak to your health care provider, your local AIDS agency, or the CDC National AIDS Hotline if you have a concern about HIV.