Do you know that nail color signify health? 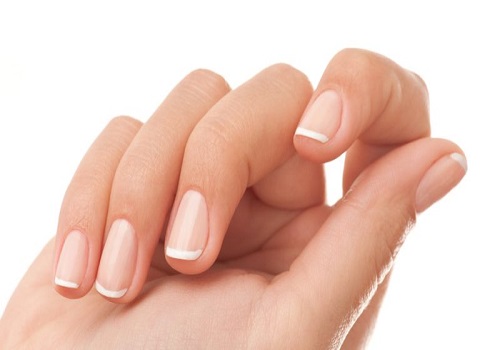 You must have heard that everything that one sees on outside of the body is the reflection of something that is going on inside the body. Similarly, Nails are considered to be a significant indicator of health status

The growth of the nails dependent on various factors such as illness, stress, age, biting and improper cutting. Studies suggest that several general lifestyle factors, especially diet and psychological status play a significant role in determining the health status of an individual. This is because when the body has any nutritional deficiency, it interferes with the binding of keratin which is responsible for the hard covering of the nails. Whereas, psychological status can make the nails brittle and leads to the development of ridges. Stress, one of the most common psychological factor has an impact on the nails as well as on the functioning of the body.

Many a time we notice some changes in the nails and the color, shape, and texture if the nail signifies the general health of an individual. Sometimes, these changes in nails are the early warning signs of some underlying systemic disease. The changes in nail do not necessarily indicate a disease or any health problem, but it can be due to old age. The discoloration of the nails can be as follows

Although yellow nail syndrome is a rare disorder and few people develop this disease, people who are heavy heavy smokers are at high risk of developing this disease. Nicotine is the main culprit that causes this disease as it is one of the most addictive and harmful chemicals present in cigarette smoking.  Lymphedema is also the most common cause of yellow nail syndrome and lymphedema occurs when lymph fluid collects in the arms and cause it to swell.

Researchers have suggested that Pseudomonas aeruginosa is the most commonly identified organism from the affected area and people who experience a long duration of exposure to water or other moist conditions leads to the growth of this bacteria. Pseudomonas aeruginosa is a negative bacillus that can cause localized cutaneous infection and some serious life-threatening systemic diseases. This organism produces fluorescent siderophore pyoverdine which results in the discoloration of the nails. Green nail syndrome is often accompanied by other nail abnormalities such as onychotillomania.

Blue nails is also known as azure lunula and it is characterized by the blue discoloration of the nails. Most often, blue nail results from the constriction of the blood supply that can occur due to the cold. It also indicates iron deficiency or anemia. Anemia is a condition which occurs when the body does not have enough red cells to take oxygen around the body or it can occur when the body has faulty red cells that are incapable of carrying enough oxygen.

There are some pieces of evidence that suggest that there is a close relationship between Wilson’s disease and the discoloration of nails. Wilson’s disease is an autosomal recessive disease which is associated with the defect of copper transport by the hepatic lysosomes. This results in the excessive copper deposition in the liver, the brain, the skeletal system, and the kidneys. The Wilson's disease is accompanied by a wide range of symptoms, including blue discoloration of nails.

Examination of nails is an important part of managing health as nails do not reveal the overall vitality of the body, but it also helps in diagnosing any underlying disease. All the fingernails and toenails must be examined along with other parts of the body.