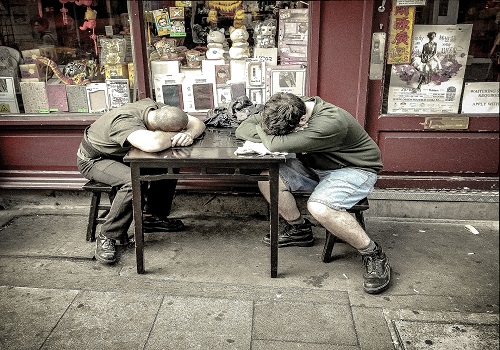 Narcolepsy is a chronic neurological disorder that negatively impacts the quality of life of an infected individual. It affects the control of sleep and wakefulness. Numerous studies suggest that the problem narcolepsy develops due to low levels of the brain chemical known as hypocretin. Deficiency of this chemical causes sleeps disorders. Hypocretin is a chemical that is derived from the dorsolateral hypothalamus that has been associated with various regulatory functions such as sleep or wake cycle, food intake and behavioral pattern.

Narcolepsy is not a common condition but, it is a rare condition that affects very few numbers of people. Narcolepsy can be a very serious disorder that interferes with the patient’s ability to function in all aspect of lives such as going to the work or doing any daily activity.

What are the symptoms of Narcolepsy??

Although excessive daytime sleepiness is most common in narcolepsy, it is more than excessive sleepiness. People suffering from narcolepsy also experience catalepsy, hallucination, sleep paralysis, and loss of control. The effects and seriousness of symptoms can vary from person to person. These symptoms can be frightening.

Excessive daytime sleepiness is the most common and the very first symptom that occurs in patients suffering from narcolepsy. Excessive daytime sleepiness is defined as a condition in which a person is unable to control the sleep or is unable to stay awake and alert during the time which requires an individual to stay awake and active. It is a serious symptom that interferes with the daily normal activities.

All people suffering from narcolepsy complaints of excessive drowsiness which is accompanied by a lack of energy and an extreme tiredness. The sleepiness makes it difficult for a person to stay awake at daytime even though a person is getting prolonged and enough sleep at night.

Cataplexy is a specific symptom of narcolepsy. It is defined as a sudden muscle weakness that affects the entire body or just a part of the body. Cataplexy is a loss of bilateral muscle tone that is triggered by strong emotions. Most often, these emotions are positive such as pride, laughter, and surprise, but it can also be negative such as anger. Cataplexy includes all muscle group but most commonly, it affects areas such as knees, face, and neck.

Cataplexy is characterized by weakening of knees, drooping face or eyelids, head drooping, weakness in arms and legs, and slurred speech. The symptoms may vary in frequency and severity from one person to another. A mild form of cataplexy is difficult to diagnose as compared to a serious form of this problem.

A hallucination is defined as a wrong or false perception of objects or events. When an individual hallucinates, he or she see, hear, smell, taste and sometimes feel something that is not really present.

Sleep paralysis is a condition of experiencing a state of being temporarily unable to move or talk during the period between sleep and wakefulness. A feeling of paralysis is accompanied by various vivid and intense sensory experience such as auditory and tactile modalities.

Disturbed sleep is defined as a condition in which an individual is unable to sleep properly. Patients suffering from narcolepsy often experience sudden nighttime awakenings and as a result, unrefreshed feeling in the morning.

What are the causes of Narcolepsy ??

Numerous studies suggest that the narcolepsy occurs when the part of the brain that controls the process of falling asleep functions abnormally. The exact cause of narcolepsy is not known yet but there are some evidences that suggest that certain environmental and genetic factors that contribute to the development of this disease.

Tags: Buy RadActive- 200 mg medicine online, Why Is Obesity A topic Of Health Concern?, Psoriasis And Its Common Types, Role of Vitamin B complex in human body