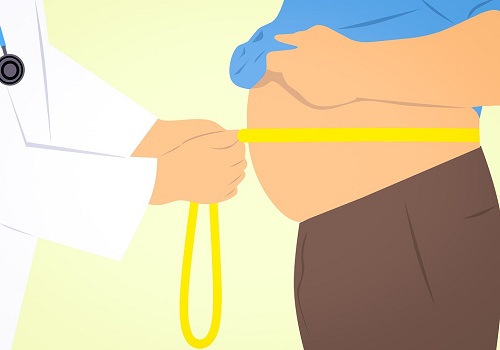 The impact of obesity on an individual’s life can be adverse as an impaired health related quality of life has been observed by various researchers in individuals with obesity. Over the past decades, overweight and obesity remain the significant public health concern in the world. Evidence suggests that obesity is considered to be an important determinant of chronic diseases which include diabetes mellitus, hypertension, coronary heart disease, cardiovascular disease and several types of cancer.

Obesity is treated as a medical condition which occurs when the body fat of an individual exceeds to an extent and this accumulation of the fat in the body start to interfere in the daily activities. It is believed that the key causes of obesity are the increased consumption of energy dense foods that are high in saturated fat and sugar and decreased physical activity.

In the United States, obesity has increasingly become a serious public health concern and obesity is not only common among adults but it is equally common among children. Yes, the prevalence of obesity is increasing in children as well and some studies have reported that obesity can lead to early onset of puberty.

Physical activity has a positive effect on the substrate metabolism. It increases the reliance on fat and relative to carbohydrate for energy.

Therefore, physical activity can be considered to be the initial step in order to treat and prevent obesity. Studies suggest that even regular a walk of thirty minutes can help you lose some pounds.

Almost all of us has heard that drinking water is the easiest thing you can do to reduce weight. In general, public, increasing an intake of water is recognized as a weight loss strategy and this is because increasing the consumption of water alters the metabolism and lowers the total energy intake. Water consumption reduces the meal energy intake among people.

Also Read : Lack Of Iodine Is A Topic Of Concern

Multiple studies have been conducted by various researchers on the role of water in treating obesity and promoting weight loss. In fact one study on conducted to determine if pre meal consumption of water can promote weight loss and it was found that it was observed that it worked as it decreases the total mean energy intake. Consumption of water can lead to an increase in the amount of calories your burn.

What we eat and how much we eat has a lot to do with the weight management. Foods of high energy density, high glycemic index, and fatty acid composition of fast foods contribute to an increase in the prevalence of obesity. The unhealthy dietary pattern is one of the most important risk factors that are responsible for the burden of the disease. In fact, obesity is considered to be a major nutritional disorder as it is characterized by fat accumulation in the body and this is primarily due to an increased calorie intake.

The most important thing to understand is that skipping a meal will not promote weight loss, instead, it can make you weak, especially skipping breakfast. Skipping breakfast can be the worst idea to reduce weight. Having a good understanding of what to eat and how much to eat play a role in treating and preventing obesity. Eating nuts, high fiber foods, green leafy vegetables and an adequate intake of calcium play an important role in weight management. Maintaining a healthy diet is extremely important to maintain the healthy weight and for reducing the excessive fat accumulation from the body.

4. Limit the consumption of alcohol

Only a few people are aware that there is a strong relationship between the consumption of alcohol and the risk of being overweight. It is often observed that consumption of alcohol increases the appetite of an individual which results in an increased calorie intake. Therefore daily energy intake rises considerably when alcohol is consumed. Alcoholic drinks contain many calories and most often people are unaware of how many calories they are consuming.

5. Cut down an intake of sugar

An excessive intake of sugar is one of the major risk factors that rapidly increases the weight of an individual. Sugar intake has a close relationship with the obesity and this is because food and beverages that are high in sugar contain a large number of calories as compared to the foods and beverages that that do not contain sugar. Sugar-sweetened beverages include the full spectrum of aerated drinks, fruit drinks, and energy and vitamin water drinks that contain added sugars. Limiting the intake of sugar can help to a great extent in reducing weight and decreasing the risk of developing complications that are associated with obesity.

Obesity is one of the most common diseases that is increasing rapidly and a large number of people search for natural ways that can help in weight reduction. Share this post with your family and friends to create awareness. Stay Safe, Stay Healthy!!