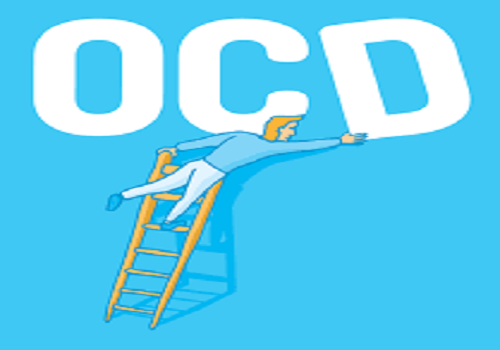 Almost all of us aware of the term anxiety. Everyone must have had experienced anxiety at least once in a lifetime. Anxiety can be defined as a feeling of intense fear and distress, but when it start preventing us from doing everyday things, it becomes a disorder and this disorder is known as anxiety disorder. Anxiety disorder is one of the most common mental disorder. Millions of people throughout the world suffer from anxiety disorder.

There are some mental disorders that are related to obsessive compulsive disorder and some of them are as follows:

Body dysmorphic disorder is associated with a wide range of symptoms or many other problems such as a feeling of shame or guilt, anxiety, suicidal thoughts, self harm, and isolating oneself to avoid situations. It is difficult to understand the exact cause of body dysmorphic disorder as there are many factors or situations that can cause this condition such as if an individual has experienced bullying or abuse, it may develop a negative self image. Or trying to compete with others can develop this disorder as he or she may regularly compare themselves to others.

Skin picking disorder, also known as excoriation is a serious disorder in which a patient having this disease repeatedly touch, rub, scratch,  pick or dig into the skin in order to remove imperfections or small irregularities. Research has shown that skin picking cannot be considered as a disorder unless it is bad enough to cause significant distress or problems in life. Skin picking disorder can develop at any age and the progression of this disease depends on many factors and especially the level of stress in a person’s life. Some underlying biological and genetic cause is known to play a role in the development of this anxiety disorder.

Trichotillomania can develop at any age but most often individuals tend to start pulling their hair during childhood and pulling of hair can occur on any part of the body such as scalp, eyebrows, beard, pubic areas and eyelashes. Biological and genetic factors play a role in the development of this disorder and stress is known to worsen the condition. The severity of hair loss depends on the degree of hair pulling and in serious cases, it can result in the need to cover up bald patches.

Obsessive compulsive personality disorder is defined as a disorder that involves a preoccupation with rules, perfectionism, and personal control. Basically, obsessive compulsive personality disorder involves individuals who are obsessed with rules, lists, and schedules. People suffering from this disorder devote all their time to their work and to such an extent that their personal life is always neglected. These people avoid their personal time because they feel that their work should be done.

Hoarding disorder is a disorder which is defined as a persistent difficulty in parting or discarding the things, regardless of its actual value. Patients having this disorder experience all three of the following characteristic:

Many time people having obsessive compulsive disorder fails to share their problem with others and their disease is left undiagnosed. Share this post with your family and friends to make them aware about this brain disorder. Stay Safe, Stay Healthy!!