Parkinson’s : Never let it define you 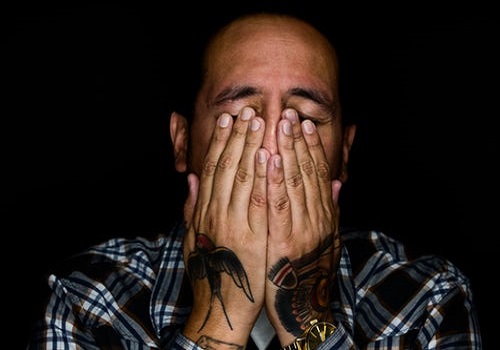 If you have a disease, do not give up. Life is all about facing challenges that are thrown at us. Parkinson’s is a disease that influences our movement. You might wonder how your condition will unfold if you have Parkinson’s. It usually occurs when there is a problem with our nerve cells in the brain. This disease could cause a muscle loss gradually. The nerve cells that are hampered are responsible for making an important chemical called dopamine. It sends the signals to the part of your brain that controls the movement. This chemical permits your muscles to move smoothly. If a person has Parkinson’s, these nerve cells break down and the body no longer could make dopamine due to which you face trouble in movements.

It is a progressive disease that means it will worsen with time. This usually happens slowly over time. Parkinson’s was called “shaking palsy” at first but then everyone does not feel shaky while having the disease. It is a frightening disease, but its life expectancy is similar to that of other diseases. Its growth varies from person to person. According to the studies conducted by Parkinson’s Foundation, it has been found out that approx 60,000 Americans suffer from this disease every year and also men are 1.5 times more likely to have this disease as compared to women.

What are the causes?

The reason is still unknown as what causes a person to develop Parkinson’s. Nobody has an idea as of why these nerve cells break down. Some feel that abnormal genes can lead to the disease while others think that it is inherited.

Some scientist thinks that when neurons get deteriorated in a certain part of the brain which is termed as the substantia nigra, the Parkinson’s might be triggered. In the absence of dopamine, the nerve starts functioning abnormally resulting in a loss of the ability to control movements.

Sometimes, people have a misconception that tremors are same as Parkinson’s, which is so not true. Though both are related to movement disorders, they both are different conditions. Essential tremors is a disease in which body system is characterized by tremors. It mostly affects hands, arms, head even sometimes the voice. It does not increase the risk of Parkinson’s whereas in Parkinson’s the brain stop producing the chemical that manages the movement in the body.

If you feel any unusual activities happening with you rigidity in muscles, tremors, loss of balance, you must immediately contact the doctor. Your doctor will ask you questions about what symptoms you are having and your health history, then he will conduct a neurological exam. That will tell whether nerves are working properly or not.

At present, there is no cure for Parkinson’s, but there are various medications available in the online pharmacy that can reduce the symptoms and make the disease easier to live with.

Deep Brain Stimulation is a treatment available for the patients of Parkinson’s. In this, a surgeon places a wire in the brain. That wire is helpful to carry necessary electrical signals to that part which controls the movement. These signals help the brain to work better.

At home also, you can do various things like proper exercising, eating healthy food etc.

Parkinson’s is a kind of disease that will get worse with time, so knowing that will lead to different emotional feelings. You may feel angry, sad, worried etc. Some things that a person must know:

This is all about Parkinson’s. If you have been a victim of it, don’t forget to tell your story and create awareness.