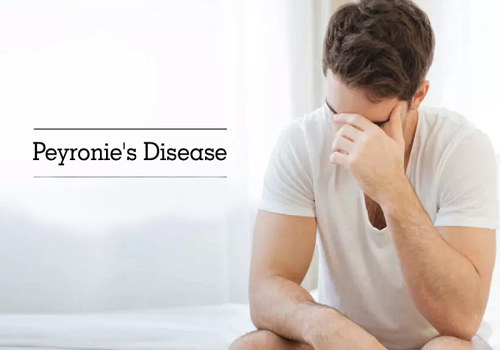 Peyronie’s disease is a condition which results in the development of scar tissues (also called plaques) inside the penis. It obstructs the healing feature of the body and causes a curve in the penis. The bend is caused due to the tissue and it may result in pain for some patients.

Some patients of this disease also suffer from anxiety and stress as they are unable to keep a healthy sexual lifestyle. It is due to their inability to maintain an erection as the condition can result in erectile dysfunction in some men. At times, this disease goes away on its own without requiring any treatment. But in the majority of cases, treatment is needed to cure the condition and to prevent it from worsening.

The primary symptom is the curving of the penis. The direction of the curvature depends on the location of the plaques which may cause the penis to bend sideways, downward, or upward. The symptoms involved with this disease are:

The exact causes for the condition are not yet known. It is most likely to be caused due to damage to the small blood vessels, which may occur during sex or due to an accident. Cells can become trapped during the healing process, resulting in scar tissue formation. These scars tissue form the plaque of Peyronie’s disease. In other words, this disease is mainly a result of a problem that is stopping the body from healing the wounds.

As concluded by various researches, this condition can also be a result of genetic or environmental reasons. Some other health issues such as high blood pressure, use of tobacco, past pelvic trauma, may also lead to this condition.

Though minor injuries can be the cause of this disease, it doesn’t always lead to Peyronie’s disease. There are various other factors that can stop the body from proper wound healing. A person may not be able to control these factors, but they can play a major role in being the cause of this condition. The risk factors associated with the disease are:

How is the disease diagnosed?

Most of the medications used in the treatment have not been effective in curing the disease. In some cases, drugs are also injected into the penis that helps in reducing the pain and curvature due to the disease. Multiple injections over a duration of several months along with oral drugs may also be used for proceeding with the treatment. The medications used for the purpose include:

Some lifestyle changes can reduce the risk of Erectile Dysfunction (ED) associated with Peyronie’s disease. These changes include reducing alcohol consumption, quitting smoking, and exercising regularly.

Surgery is the final option that the doctor exercises for the treatment. Usually, there’s a wait for at least one year before considering the surgery option. Surgical solutions include shortening the unaffected side, lengthening the scar tissue side, or a penile implant. The preferred method is decided based on the condition. Different people may require different methods to cure the condition.

There is another technique called iontophoresis, which uses electric current to administer a combination of verapamil and a steroid through the skin. Though it is still under research as this procedure has shown conflicting results. Other nondrug treatments are also under research currently to reduce the side effects and the effectiveness of the treatment. These procedures include sound wave therapy and radiation therapy.