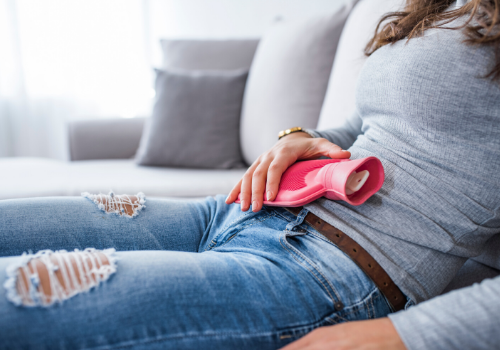 Apart from the post menstrual syndromes, women also go through another menstrual disorder termed as premenstrual dysphoric disorder. The symptoms of PMS and PMDD are similar in a lot of contexts.

However, premenstrual dysphoric disorder causes significant emotional and physical distress. This is a hormone-induced syndrome that is known to be debilitating and affects nearly 10% of menstruating women worldwide.

We are often advised that these are hormonal changes and they might adapt with time. The premenstrual dysphoric disorder is sometimes misdiagnosed as bipolar disorder due to the behavioural dysfunctions that are experienced during this condition and therefore incorrect medications are prescribed.

Mostly doctors who are capable of diagnosing the disease correctly within the time prescribe,  anti-anxiety and depression medications and also birth control pills. Birth control pills act effectively thereby regulating menstruation every month and put a huge impact on the occurrence of anxiety, pain, and depression.

Common signs and symptoms of premenstrual dysphoric disorder emerged during the twenties and may include the following:

Hormonal changes are the primary causes of premenstrual dysphoric disorder along with biological phenomena. It is also responsible for physiologic symptoms and includes the risk factors as below:

For women suffering from the premenstrual dysphoric disorder, calcium supplements of 1000 milligrams to 1200 milligrams daily have been reportedly known to cause improvement.

Calcium is also known to relieve women of menstrual pain and also decrease pain levels significantly during menstruation. While there is no harm in taking calcium daily, women who are at the risk of developing PMDD symptoms over time or are facing the symptoms currently can start taking calcium tablets or supplements.

Premenstrual dysphoric disorder related to menstrual cramps depression and mood swings in women can be counted with 50 milligrams of vitamin b6 nutrients daily.

When taking a vitamin supplement, more than 50 milligrams is not advised and doctors also advise taking vitamin b6 rich foods. Some of the best foods comprising vitamin b6 nutrients can include turkey breast, tuna, avocado, and pistachio nuts.

Also Read: Aerial Yoga Better Than Any Other Yoga- Here Is Why!

A word of caution for those who are on vitex that it may interfere with birth control pills, estrogen supplements, and antipsychotic medication. It is best to take the consultation of a doctor before admitting them.

Doctors advise admitting 900 milligrams of St. John's Worts daily to relieve menstrual, premenstrual and postmenstrual symptoms. This may include getting away from anxiety, aggression, and depression. St. John's worts are known to improve the physical and behavioral symptoms of the postmenstrual syndrome.

If a woman is continuing birth control pills that include

Women who look for greater improvement over a short span of time can switch over to Omega 3 fatty acid capsules and supplements.

For women experiencing premenstrual dysphoric disorder headaches can switch to peppermint essential oil. It is one of the best remedies to get rid of headaches. Try applying this essential oil on the temples of the head to provide yourself for relief these are significantly more effective in clinical trials than a placebo for tension headaches.

A peppermint essential oil is termed as a natural painkiller and used across the globe in treating anxiety irritable bowel syndrome and for also arthritis pain.

If you know you are suffering from premenstrual dysphoric disorder the most important part is to take care of yourself. This may sound overwhelming and adversely affecting however, do not compromise on the quality of your life. Try to incorporate mindfulness exercise, meditation yoga and also avoid stressful events and emotional triggers.

It is imperative for you to find a way to relax and lose yourself into the environment. Try incorporating fresh fruits like watermelon, kiwi, and berries. If you continue to crave for sweet items, turn on two homemade white chocolate candies and Lava cakes and enjoy every bite.