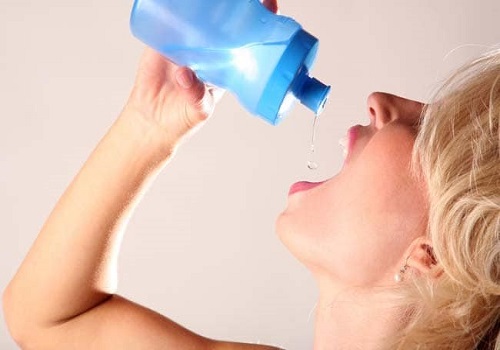 These days dry mouth is one of the common complaints doctors witness. In medical terms, dry mouth is known as xerostomia and it is characterized by the lack of saliva in the mouth. Saliva is a clear fluid that is secreted by the salivary glands in the mouth and is important for speech, taste, and swallowing. Saliva plays an important role in preventing tooth decay as it washes away food and plaque from teeth.

Dry mouth can cause various difficulties for an individual such as problems with chewing, swallowing, and speaking, and it also increases the risk of developing infections in mouth. Some of the symptoms of dry mouth include:

Most often, dry mouth results from some other underlying health problem. Dry mouth can also result from medication. There are more than 400 medicines that are known to be the cause of dry mouth. Drug abuse can also reduce the production of saliva in the salivary glands and cause dry mouth. An injury to the head and neck is another cause of dry mouth as it can damage the nerves that signals salivary glands to produce saliva.

Diseases that could be the cause of dry mouth

Alzheimer’s disease is a disease of the brain which affects almost all the factors in the brain such as memory, thinking, behavior. It is a progressive brain disorder that destroys the ability of an individual to carry out simple tasks. Alzheimer’s disease is the most common type of Dementia. Dementia is a mental problem that impairs the ability of an individual to think, memorize, or understand anything.

Research have stated that chemical changes in the brain are involved in the onset and progression of Alzheimer’s disease. It is believed that damage to the brain starts to appear years before the appearance of the symptoms of impaired cognitive system. Some of the symptoms include problems with language, difficulties in making decisions, and problems in carrying out simple tasks.

Also, Alzheimer’s disease is accompanied by anxiety and stress. Factors such as anxiety and stress are also associated with dry mouth. These factors affect the salivary glands and as a result, affects the production of saliva.

Sjogren’s syndrome is one of the most common autoimmune disorders that affect millions of Americans. It is characterized by lymphocytic infiltration of the secretory glands. It is an autoimmune disorder that attacks the exocrine glands in the body. These are the glands that produce moisture that is needed in the mouth, skin, eyes, vaginal area, gastrointestinal tract and respiratory tract.

Also Read: Diseases That Can Make You Feel Excessively Thirsty

Dry mouth and dry eyes are the hallmark symptoms of Sjogren’s syndrome. But there are many other symptoms as well, such as difficulty talking, change in taste, increased dental decay, vaginal and skin dryness, and burning sensation in the eyes. Research suggests that women are likely to suffer from this disorder as compared to men. It is believed that nine out of ten cases of Sjogren’s syndrome is of women and it can affect people of all age groups including children.

Diabetes is the common cause of dry mouth. In fact diabetes is considered to be the most frequent metabolic disease with salivary implication. Evidence suggests that almost one third of the patients having diabetes also have dry mouth and it is primarily due to systemic dehydration and an increase in the salivary glucose level.

Also, salivary glands hypo functions and an increased susceptibility to oral infections such as caries or periodontitis are the recognised features of diabetes mellitus. Some other symptoms of diabetes include increased thirst, frequent urination, slow healing of wounds, and changes in vision.

Parkinson’s disease is a neurological disorder which occur due to the loss of cells that make dopamine in the brain. Dopamine is an important chemical in the brain that acts as a neurotransmitter that sends messages that control movement in the body. The primary symptoms that occur due to this include movement related problems such as resting tremors, rigidity, and slowness of movement.

Parkinson’s disease directly or indirectly affect various motor systems in the body and causes salivary dysfunction. In Parkinson’s disease, conditions of both excess saliva and lack of saliva can occur. Many patients having Parkinson’s disease experience varying degrees of dry mouth that causes the problems with swallowing and increased risk of oral infections.

Tags: Everything You Should Know About Alzheimer's, 5 wholesome grains for diabetes, Know your Diabetes Free Diet