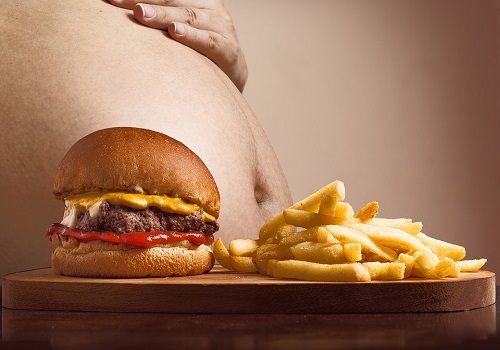 Have you ever wondered why the prevalence of obesity is increasing at a very high rate across the world? The high prevalence of obesity among people of all ages, including children is pressing health concerns. This is because it has one of the most common causes of the increased rate of morbidity and mortality.

Obesity is defined as a condition in which an individual has the accumulation of excess body fat that as a result the risk of developing chronic diseases significantly increases. It is said to be a result of imbalance between calorie consumption and energy expenditure.

Normally, the body uses calories for energy but when the consumption of calories is more than required by the body, it starts to get accumulated in the form of fat. Increased caloric intake and reduced physical activity are likely to be the main cause of obesity.

Obesity has rapidly become a serious concern as it is associated with several adverse health effects at every stage of life such as cardiovascular disease, psychological stress, and diabetes.

Do you know what could be the reason for a rapid increase in the prevalence of obesity across the world?

Although the exact cause cannot be explained or said, there are some possible mechanisms that could contribute to obesity or high body mass index.

Many times, the burden of workload may lead to unhealthy behavior which can result in adverse health outcomes, including weight gain.

The weight of a person depends on various factors, one of which is lifestyle. The lifestyle of a person is strongly associated with health outcomes. In today's time everyone is working very hard to reach at a certain point, which is good but when a person starts to ignore their personal needs and are accompanied by prolonged and excess stress, it could lead to serious health problems.

These days adults spend at least a quarter of their lives at the workplace and the pressure and demands they go through at work can affect their sleep pattern, eating habits, and activity pattern, which can result in obesity and overweight.

Also Read: Harmful Impacts Of Anger On The Body

Increased pressure and demands are strongly associated with the increased stress. Exposure to stress is very common at the workplace, in fact stress can help to improve the quality of work as research suggests that the quality of work done under pressure is often found to be high. But when this exposure to stress becomes prolonged, it can have deleterious effects on the health of a person.

Evidence suggests that an increase in the intake of ultra processed food is one of the common causes of obesity.

There is no doubt that food processing has allowed people to save their time and get convenient food products. But multiple researchers have shown that as the intake of ultra processed food increases, the overall quality of diet deteriorates and makes a person more likely to become obese.

Research has also stated that ultra processed foods are cost effective and hence allows people to eat more food without increasing the total expenditure of food. As a result, the intake of total number of calories also increases and increase in the intake of calories is one of the main causes of weight gain. Also, easy availability of these foods are also associated with the decrease in total activity or total energy expenditure. Hence, an increase in calorie intake and decrease in energy expenditure leads to the occurrence of obesity.

Childhood obesity is highly responsible for a high proportion of people who are overweight or obese. Research believes that sedentary behavior is one of the causes of childhood obesity.

Childhood obesity is a serious problem as a child is at risk of developing chronic health problems at the early life and has to live with it throughout the life. As they age the risk of complication also increases.

Obesity is the most common health problems caused by sedentary behavior. Most often, when a person stays at one place for long hours, the intake of food increases. He or she is more likely to eat snacks in between, which results in increased calorie intake. Hence, when an increase in calorie intake is accompanied by very less or no physical activity, obesity occurs. Even though the intake of calories remains unchanged, no or less physical activity still contributes to obesity.