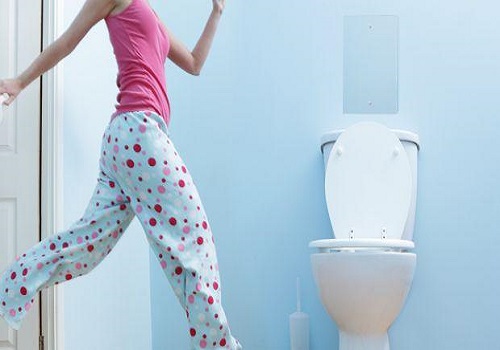 Patients with chronic urinary symptoms like frequency, urgency, and burning sensation can be a symptom of an underlying condition.

Interstitial cystitis is a health problem that results in consistent discomfort or pain in the bladder and the area that surrounds the pelvic region. The urinary tract in the human body consists of the upper urinary tract which includes uterus and kidneys and lower urinary tract which include bladder and urethra. It is mainly based on the symptoms of urgency or frequency and pain in the bladder or pelvis. Many people who suffer from interstitial cystitis experience that their bladder is unable to hold much urine and this increases the frequency of urine.  According to the researchers, people with severe cases of this disease may urinate 60 times a day and it includes nighttime urination. Other symptoms that are common in people with interstitial cystitis are mild discomfort, pressure, tenderness and these symptoms often get worse during menstruation. Interstitial cystitis is sometimes also known as painful bladder syndrome.

Kidney stones are one of the most common problems of the urinary system and the number of people getting kidney stones is increasing every year worldwide. Kidneys are the organs of the body that handles the body’s fluid and chemical reaction. Kidneys clean waste from the blood and remove it through urine. Kidney stones are formed in the kidneys and the size of the stone can vary from time as it may start small but can grow larger in size. Some stones do not cause any problem when they stay in the kidney but when the kidney stones travel to the ureter and get stuck in it, it causes pain. It blocks the flow of urine from that kidney. Feeling of urinating more often than usual is the common symptom of kidney stones and other symptoms include restlessness, nausea, pain while urinating, intense back pain or the side of abdomen and sometimes it can also cause blood in the urine.

Frequent urination and other problems related to urination are the most common symptom of urinary tract infection and urinary tract infection is a significant problem which is found in people suffering from diabetes mellitus. Diabetes mellitus is a metabolic disorder in which the body experiences the high blood sugar level over the prolonged period resulting from defects in insulin secretion, insulin action or both and frequent urination is the most common symptom of high blood sugar level. The development of diabetes mellitus can result when the pancreas is unable to produce enough insulin or when the cells of the body are incapable of using produced insulin. An inefficiency in producing insulin is known as diabetes type 1 and an efficiency of using insulin is known as diabetes type 2. Other than frequency/urgency of urinating, symptoms of diabetes include blurry vision, headache, tiredness, itchy skin, and uncontrolled diabetes can also lead to change in the shape of the lens of the eye.

Bladder cancer is more common in men as compared to women and causes symptoms such as frequent urge to urinate, burning sensation on urination and blood in the urine. The bladder is an organ which is located in the lower abdominal area and its main function is to store urine before it leaves the body. Most of the bladder cancer begins in the innermost lining of the and it is known as urothelium or transitional epithelium. When it grows through other layers of the bladder wall, it becomes severe and is difficult to treat. Bladder wall basically consists of four main layers of tissues, the innermost lining is known as urothelium or transitional, thin layer which is known as lamina propria, then the next layer is known as lamina propria and the last layer separates the bladder from other organs.

The prostate is a gland which is located at the bottom of the bladder and there are three main problems of prostate, prostatitis, benign prostatic hyperplasia and prostate cancer. Urinary problems are the common symptom that is present in all the problems that are related to the prostate gland. An enlarged prostate is common in men with an advancing age and an enlarged prostate is the most common cause of urinary symptoms in men with age and symptoms include, a weak urine flow but needing to urinate more frequently, needing to rush to the washroom, blood in the urine, and the feeling that the bladder has not emptied properly.

Tags: Role of Vitamin B complex in human body, Knowing Some Types Of Cancer, 4 O's That Affects Bone Health, Diseases Every Woman Should Be Aware Of, 5 everyday things to take care of diabetes