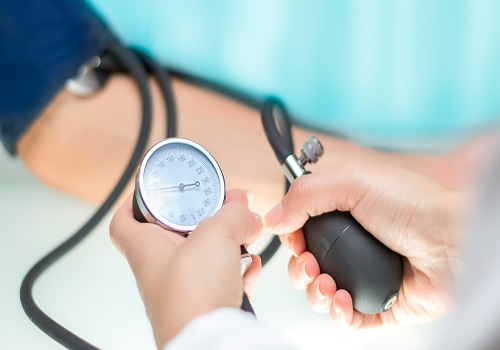 Hypertension is considered to be the most important risk factor for cardiovascular disease. According to the researchers, a large number of deaths each year is caused by the diseases which are associated with hypertension.

Hypertension is often known as a silent killer as it does not have any common symptoms. It progresses, and over time if it is left undiagnosed or untreated, it causes some serious health issues and complications. There are many factors that are regarded as risk factors for hypertension and many of which are controllable. Yes!! There are some risk factors that can be managed and hence reduces the risk of having high blood pressure.

Obesity is considered to be the significant risk factor for various serious health issues, including hypertension. The relationship between obesity and hypertension is widely recognized and multiple studies have been conducted to investigate the same. Obesity is characterized by abnormal accumulation of body fat. There can be many causes of obesity, but the imbalance between energy intake and expenditure is believed to be the primary cause of obesity.

The abnormal body fat distribution is one of the main cause of morbidity. There are many pieces of evidence that suggest that visceral adiposity may have a major role in the occurrence of hypertension and other health problems. It is believed that various biological and genetic differences between intra abdominal visceral fat and peripheral subcutaneous fat play a role in it. Obesity is a life threatening condition as it affects the composition of the body and hence damaging and modifying the aspects of the organs. A heart is one of the organs that is affected by obesity.

For many years, there is a considerable evidence that suggests that salt is one of the main cause of hypertension. It is strongly believed that diet which is high in salt and sodium are linked to high blood pressure. Salt is an ionic compound which consists of sodium chloride, 40% sodium and 60% chloride. Sodium is an important nutrient in the body and it also helps nerves and muscles to function normally. Sodium is involved in autoregulation of the water and fluid balance of the body.

There is no doubt in saying that smoking causes a significant impact on the health of an individual. Smoking is one of the public health issues and the number of people smoking has been increasing rapidly throughout the world. Cigarette smoking is very harmful as it contains more than 4000 toxic substances, specifically nicotine and carbon monoxide. These toxic substances exert a toxic effect on the heart and the blood vessels. These toxic substances affect the body through a different mechanism such as nicotine damages cardiovascular system through receptor binding mechanism.

There are multiple mechanisms that prove the relationship between cigarette smoking and the occurrence of high blood pressure. The toxic chemicals that are present in cigarette smoking have a significant impact on the organs of the body, including the heart. The arteries are highly affected and result in an increased blood pressure. The effect of smoking on the heart and arteries is different for each person as it depends on the number of cigarettes smoked per day and the duration from which a person is smoking.

Potassium is considered to be one of the essential nutrients that play a key role in maintaining cell functions and particularly in excitable cells such as muscles and nerves. There are many health benefits of potassium. Potassium is very important in the human body and lack of this important nutrient in the body can lead to the development of various health problems. Numerous studies have stated that lack of potassium in the body increases the risk of becoming hypertensive or having high blood pressure. It has been noticed that hypertensive patients are more responsive to an increased potassium intake and also, potassium has a highly beneficial impact on those who have a high salt diet. Some of the rich sources of potassium include beetroot, spinach, banana, avocado, and yogurt.

Stress is one of the most common risk factors of hypertension or high blood pressure. Stress promotes an increase in arterial blood pressure. Stress is a process in which the environmental demand exceeds the adaptive capacity and results in various biological changes that increase the risk of various health problems, including hypertension. It is believed that chronic exposure to psychological stress can cause increased blood pressure and lead to the development of hypertension. Also, sleep abnormalities are also a risk factor of hypertension and stress is strongly associated with problems with sleep. Most often, people under psychological stress experience sleep disorders.