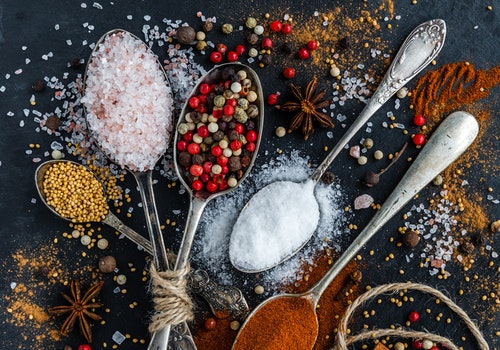 Sodium is an essential nutrient in the body as it is necessary for various functions such as maintenance of plasma volume, acid base balance, transmission of nerve impulses, and normal functioning of the cells. In the body, sodium is absorbed during digestion and in order to maintain the sodium level in the body, urinary excretion is the primary mechanism.

Sodium and chloride are the chemical components of common table salt which it can naturally be found in various food items which include milk, meat, soy, bread, and shellfish. In other terms, it can be said that diets that are high in processed food and low in low in fresh fruits and vegetables are often high in sodium.

Multiple studies have been conducted to investigate the effects of high salt intake on the body and studies showed that there is a strong correlation between the diet that contains high salt and the development of multiple health problems.

Generally, the blood pressure keeps of increasing and decreasing on a daily basis. But it stays increased or decreased for a prolonged period, it is considered to be a topic of concern. There are various different factors that could lead to an increase in blood pressure and excess salt consumption is one of the factors.

Multiple studies have observed that high blood pressure is one of the major cause of the development of cardiovascular disease in Americans and it is believed that the intake of high salt food by the Americans is one of the primary cause of it.

Diets that are high in salt have been linked with an increased risk of cancer by multiple researchers. It is strongly believed that too much salt in the blood could lead trigger the causes of cancer, especially stomach cancer. Several case control studies have reported a drastic increase in the risk of gastric cancer due to overall intake of dietary salt or sodium.

There are various mechanisms that could explain the correlation between high salt diet and gastric cancer. One possible explanation is that high salt in the bloodstream can cause damage to gastric mucosa that could increase the risk of gastritis. This could also lead to an increase in DNA synthesis and cell proliferation which can cause the development of gastric carcinoma.

There are many different types of bone disorders that affect people, primarily to older people. It is strongly believed that vitamin deficiency and changes in hormonal levels are the main cause of the development of bone disorders. But multiple studies have shown that dietary salt intake is also associated with the occurrence of a bone disorder.

Osteoporosis is one of the most common bone disorder which is characterized by weak bones which are likely to get fractured, followed by minor fall. Osteoporosis occur due to bone loss. One of the explanations of how sodium affects the bones is that the sodium in the form of sodium chloride elevates the urinary calcium and at prevailing calcium intakes, evokes the compensatory responses which could lead to bone loss. Too much salt in the diet is considered to be an important risk factor for the occurrence of osteoporosis and other bone disorders.

Tags:  Lack Of Iodine Is A Topic Of Concern,  4 O's That Affects Bone Health,  Are You Suffering From Hypertension? Try These Tips,  5 ways to get rid of kidney stones
← Previous Next →
Related Posts
Categories
Recent Posts