Psychosis - Losing The Touch With Reality 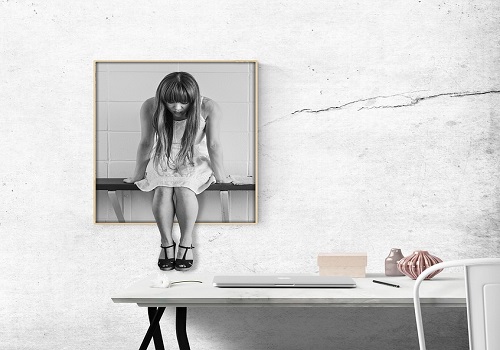 Psychosis is a mental condition where the person loses contact with reality. A person suffering from Psychosis may experience hallucinations and delusions. The experiences are sensory and related to the things that do not exist. During a psychotic episode, the person may hear and see things that are non-existent in reality. Sometimes, these things can be frightening and may cause the person to hurt themselves or others.

People usually go with the term “Crazy” or “psychopath” when they hear about someone being psychotic. Psychosis can change the way a person thinks and their perception of things around them. It makes the person socially isolated as they are completely consumed by their thoughts.

Psychosis is not necessarily a negative experience. Some people find it very positive as seeing and hearing the voices of the people you love can feel comforting. The person tries to find meaning in unnecessary things like a random number or a name, instead of giving their attention to the important aspects of their life. Due to this, the quality of life suffers and people are unable to manage their work, body, or their relations.

When a person is going through a psychotic episode, they just ‘zone out’ of the reality and spend their time living in a corner of their mind. To the person going through the episode, all of this feels real and they are unable to differentiate it with the reality.

Hallucination: A perception of seeing, hearing, and feeling things that do not exist outside the mind of the person. They’re a false perception of reality and can be frightening to the person experiencing them. Hallucinations can make the person feel nervous and paranoid. It can occur as a result of extreme tiredness in some rare cases. It can be a serious mental illness which requires immediate attention and talking to a psychiatrist.

Delusions: Delusions are false beliefs that arise as a result of something that isn’t based on reality. Delusions can disrupt the lives of people as it preoccupies them with their thoughts that do not exactly relate to reality. A delusional disorder makes it hard for the person to differentiate what’s real from what’s imagined.

- Disorganized Speech and Behavior: The person may experience disorganization in thoughts, speech, or behavior due to which the quality of life suffers. It makes the person unable to think straight and usually jumps between different and unrelated topics. This also makes it hard for the person to converse because of the lack of concentration and focus on one thought.

The causes of Psychosis are diverse. It is hard to know what triggered the disorder in a person as the human brain is complicated and there could be more than one cause for having a mental disorder.

Some of the known causes of Psychosis are:

Genetics: Genetics play a major role as people with an immediate family member suffering from the same type of disorders are more likely to have it themselves. Mutation in genes can also increase the vulnerability of suffering from Psychosis.

Childhood: There is a strong relationship between the environment and the development of mental disorders. Adverse childhood events and trauma are significant risk factors of many mental health problems, including Psychosis, even though it might occur at an adult age.

- Some of the other psychosis causes include:
- Social Rejection
- Insomnia
- Excess use of drugs
- Hormonal changes

Depending on the condition of the patient, treatment is provided through drugs or by hospitalization for a certain period of time. The psychosis treatment is usually easier in the beginning and could be severe once the frequency of psychotic periods starts to increase. The treatment is carried out through a number of ways which include the use of medication, rehabilitation, involvement in group therapy, and counseling sessions.

Medication mainly involves the use of Antipsychotic drugs which is commonly used to cure psychotic illness. They are also helpful with anxiety, troubled thinking, and socializing. These medications are available in the form of tablets, capsules, and injections, and they are also not addictive to the person consuming them.

As a part of psychological treatment, the doctor may use Individual therapy, Social Skills Training, or Family therapy. These psychological methods are essential to continue with the psychosis treatment as they improve the quality of life by improving the social interaction with others and a boost in general participation.