Some Common Risk Factors For ED 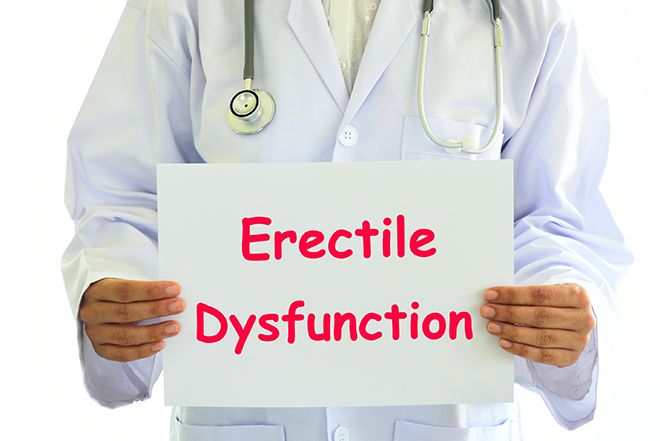 Erectile dysfunction is a medical problem which is characterized by the inability of a man to attain and maintain a firm erection that is required to have satisfactory sexual intercourse. Erectile dysfunction can have a significant impact on the quality of life of an individual as it affects physical and psychosocial health of the sufferer and his partner.

Erection is a complex phenomenon which implies a coordinated equilibrium between neurological, vascular, and tissue compartments. It includes arterial dilation, trabecular smooth muscle relaxation, and activation of the corporal veno occlusive mechanism. A firm erection involves a series of events and any impairment with any of the event could lead to the occurrence of erectile dysfunction.

Now erectile dysfunction is curable. There are multiple drugs that are known to have a positive impact on men’s health and helps to treat erectile dysfunction. Phosphodiesterase type 5 inhibitors are one of the classes which are highly recommended to treat this sexual dysfunction in men. Sildenafil, tadalafil, and vardenafil who belongs to this class are potent, reversible, competitive inhibitors of phosphodiesterase type 5 or PDE5.

The testosterone level in the body influences the development of masculine features such as a penis, and beards, but not only this, it also affects the behavior of a person such as sexual behavior. Lack of testosterone in the body leads to the occurrence of a wide range of symptoms such as low energy, depression, and loss of libido which contributes to erectile dysfunction.

2. Use of harmful substances

Erectile dysfunction is not only a problem of elderly people but men who in their adulthood also complain of this problem. Multiple researchers have suggested that excessive use of harmful substances is one of the common causes of it. Use of illicit drugs, excessive consumption of alcohol, and intake of tobacco are strongly associated with erectile dysfunction.

Tobacco or cigarette smoking cause multiple health problems. Tobacco contains thousands of chemicals and many of them have adverse effects on the body. These chemicals can have a direct impact on the blood vessels that carry blood to the penile region. Also, smoking affects the release of nitric oxide in the body and nitric oxide is essential to attain an erection.

Consumption of excessive alcohol can have a harmful impact on almost all aspects of sexual function. Not only erections, but alcohol can also lead to the occurrence of many other sexual dysfunctions as well. Almost all the factors that play a role in attaining erections are affected.

Atherosclerosis, one of the common cardiovascular disease is linked to erectile dysfunction. Atherosclerosis is a disease which occurs due to the buildup of plaque which over time hardens and narrows and results in the blockage of the arteries in the body, including the one that supplies blood to the penile region.

Similarly, there are many other health problems as well that affect the erectile function.