Most Searched Questions About Diabetes 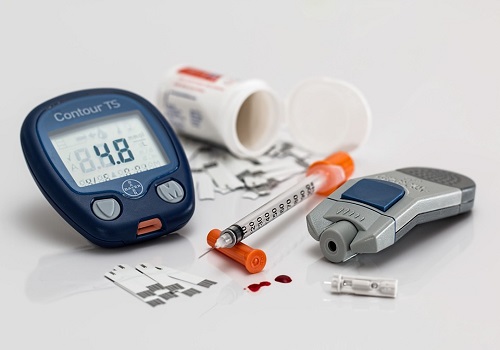 Research suggests that the prevalence of diabetes has risen dramatically across the world, and millions of people are living with this disease. It is estimated to be responsible for 1 to 2 millions deaths each year, which might rise in the upcoming years. According to the World Health Organisation (WHO), diabetes is one of the major causes of blindness, kidney failure, heart attack, stroke, and lower amputation.

It has been observed that millions of people search for many different questions related to this disorder. Here is a list (along with answers) of some of the most searched questions about diabetes:

Q1. What is diabetes mellitus?

Ans. Diabetes mellitus is a metabolic disorder which occurs when the blood glucose or blood sugar level becomes too high. Normally, the body uses glucose as a source of energy, but in diabetes the body fails to properly process food as a source of energy. Diabetes is known to result from the inadequate secretion of insulin from pancreas, ineffective use of secreted insulin by the body, or both.

Diabetes is a metabolic disorder and the term metabolism refers to the way our body uses the food for energy and growth. Glucose comes from the food that we eat and is also made by the liver and muscles. The blood carries the glucose to every cell in the body and provide energy or fuel.

Ans. In a person who is having diabetes mellitus the glucose level in the bloodstream is too elevated. Normally, the glucose from the food reaches the bloodstream, such that the cells in the body uses it in the form of an energy. But in order to use glucose, the cells in the body require insulin. Insulin is a hormone which is produced by the pancreas and is the primary hormone that regulates glucose level in the blood.

Insulin helps the blood carry glucose to all the cells in the body. But sometimes, the pancreas does not produce adequate amount of insulin or the insulin does not work in a way it should, resulting in the build up of glucose in the cells. This leads to an elevated level of glucose in the blood.

Also Read: 4 Things You Can Do To Help Your Child Overcome Anxiety

Q3. What are the symptoms of diabetes mellitus?

Ans. Diabetes mellitus is associated with the occurrence of a wide range of symptoms which can vary from one person to another, in both appearance and severity. Although symptoms can vary, some of the commonly occurring symptoms of diabetes mellitus may include:

Q4. What is prediabetes?

Diabetes mellitus is known to be a life long condition. Evidence suggests that prediabetes can be prevented or treated with the help of some lifestyle changes such as managing weight, and adopting healthy eating habits. These lifestyle changes can help you get back to the normal level of blood glucose.

Q5. What is the difference between type 1 and type 2 diabetes?

Q6. How to prevent diabetes mellitus?

Ans. According to World Health Organisation, diabetes mellitus can be prevented or its consequences can be avoided or delayed with the help of diet, physical activity, medication, and regular screening.

According to research, habitual physical activity and healthy diet are the key for diabetes management. It is believed that these two factors can significantly help in reducing and regulating the glucose level in the blood.

Q7. What is gestational diabetes?

Ans. Gestational diabetes is considered to be the third type of diabetes and also one of the most common health problems faced by the women during pregnancy. Gestational diabetes can occur only in pregnant and it is automatically treated after the delivery of a child. It is known to all that a pregnant woman goes through various hormonal changes. Many times it makes hormones that causes insulin resistance. As a result, the body is unable to use the insulin effectively.  Also, many times, the body of a pregnant woman is unable to produce enough insulin in order to transport glucose to the cells, resulting in elevated glucose levels.

Q8. What are the complications associated with diabetes mellitus?

Ans. Diabetes mellitus is a chronic disorder which is lifelong and needs proper management. Uncontrolled diabetes could lead to the occurrence of various complications such as cardiovascular disease, kidney problems, problems with vision, and sexual dysfunctioning. Uncontrolled diabetes or extremely high blood glucose level could cause damage to the arteries in the body that supply nutrient rich blood to the parts of the body. Adequate supply of nutrient rich blood is important for the normal functioning of the parts in the body.

Tags: Know your Diabetes Free Diet, Is Diabetes common in children?, How to monitor your diabetes with glucometer?, 5 Skin Problems due to Diabetes, Diabetes And Its Associated Skin Disorders