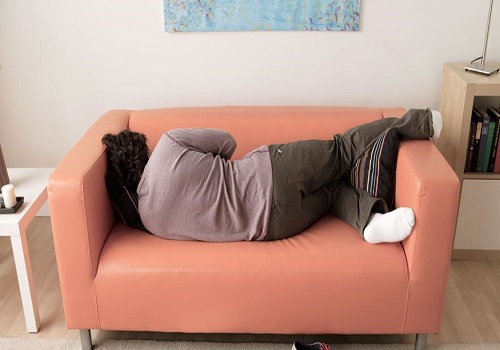 According to Brannon and Feist, most of the deaths in the 20th and 21st century result from the diseases that are associated with the style of living of an individual.

A sedentary lifestyle is associated with a large number of deleterious health outcomes. It is associated with a long term decrease in quality of life and significantly contributes to both morbidity and mortality. There is nothing new to say that physical activity plays a vital role to stay healthy and a lifestyle that causes no or very less physical movement would definitely lead to negative health outcomes. A sedentary lifestyle is implicated in the development of many health problems particularly cardiovascular and metabolic disorders.

Some of the deleterious outcomes of a sedentary lifestyle are as follows:

Obesity is one of the most common metabolic disorder, characterized by the accumulation of excess fat in the body. Obesity is a serious disorder and millions of people across the world are living with this disorder. Obesity is known to result from an imbalance between calorie intake and energy expenditure. When intake of calories is more than needed by the body and is not expended through any physical activity, it starts to get accumulated and becomes body fat.

Insufficient level of daily physical activity plays a vital role in contributing to obesity and this is the primary reasons why physical activity is highly recommended for weight management. Sedentary behavior is associated with no or very less physical activity with an increase or no change in the intake of calories. As a result, more and more calories get accumulated in the body, resulting in obesity.

Numerous studies have stated that a sedentary lifestyle is one of the most common risk factors for childhood obesity. It is believed that children who spend most of their time playing video games or watching television are at increased risk of being obese. These children find no time to play physically. As a result, they have a high body mass index.

Also Read: How Can Chocolate Be Healthy For You?

Physical inactivity causes various changes in the body that makes it incapable to use insulin effectively. It is not only a lack of physical activity that contributes to diabetes type 2, but sitting for prolonged hours too affect blood glucose level. Also, a sedentary lifestyle is strongly associated with obesity which favors diabetes mellitus. Research has shown that regular physical activity can significantly help in regulating blood glucose level in patients having diabetes and it significantly reduces the risk of developing diabetes in non-diabetic people.

Sedentary behavior is associated with both the lack of important vitamins in the body and obesity. A sedentary lifestyle is associated with vitamin deficiencies, especially vitamin B and Vitamin D. Vitamin D is the most important vitamin in the body that keeps the bones and joints strong and lack of this vitamin is associated with the problems of joints. People who have a sedentary lifestyle do not go out in the sun very frequently, as a result, they are at increased risk of vitamin D deficiency. Exposure to ultraviolet radiations is the most common source of vitamin D.

Apart from vitamin deficiency, another risk factor contributing to osteoarthritis is obesity. The correlation between obesity and a sedentary lifestyle is very well known.

Physical activity plays a vital role in maintaining the health of an individual. Physical inactivity increases the risk of stroke, heart attack, and other heart related disorders. The importance of physical activity in the context to the reduction of cardiovascular risk has been investigated in multiple studies.

HIgh level of bad cholesterol in the bloodstream significantly increases the risk of cardiovascular disease. This is because it leads to the buildup of cholesterol in the arteries that supply oxygen rich blood to the heart and when the supply of blood is interrupted due to buildup, it makes it difficult for the heart to pump blood.