Six Diseases You Need To Watch Out For During Winters 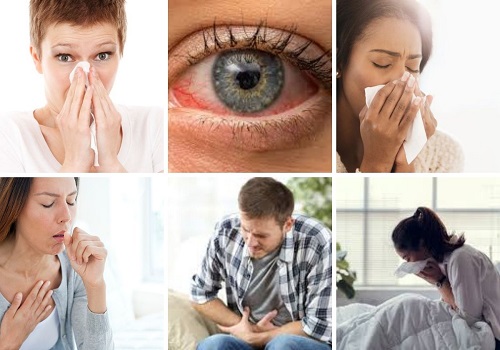 Winter is just around the corner. Soon the autumn leaves will stop shedding and the ground will be all covered in snow. Beware of the common illness that can trouble you in winters, because this cold weather’s snap spares no one.

And as they say, Prevention Is Better Than Cure.

Flu is characterized by

This disease affects around 10% of the population in the United States every year. Flu can lead to severe complications such as bronchitis, viral or bacterial pneumonia and even death in elderly or chronically ill patients. Around 20,000 people die due to flu in the U.S. each year.

Flu is caused by the influenza virus. The explanation of why flu is more prevalent in winters is still unknown. Studies suggest it may be because flu viruses are more stable in cold air and low humidity allows these viruses to float in the air in the form of respiratory droplets. When the air is humid, those droplets pick up moisture from the air, grow in size and fall to the ground.

This eye condition is described as the inflammation of the conjunctiva- the membrane that forms the inner lining of the eyelid and keeps the eyelid and eyeball moist. The swollen blood vessels turn the white appearance of the eye into red or pink. The infection can last upto 10 days or two weeks and is caused by bacteria, viruses, allergens or irritants.

You need to practice good hygiene to prevent this disease from getting spread. This includes:

Common Cold is an upper respiratory tract infection caused by viruses. The most common virus which causes this is Rhinovirus. The condition can last for ten days or more. The most prevalent symptoms of the common cold are continuous nasal discharge, sore throat, cough and congestion, mild headache, sneezing and feeling feverish.

There is no vaccination for the common cold and the virus can spread through air droplets when someone infected sneezes, coughs or talks. The virus can enter your body through the nose, mouth or eyes.

Severe complications that can result from cold are asthma attack, acute sinuses or ear infection. To prevent the transmission of this contagious disease one should:

Norovirus, also called “winter vomiting bug”, it is a very contagious virus that causes vomiting and diarrhea. The symptoms for Norovirus last for two to three days and can be characterized by:

This condition is highly contagious and can be easily transmitted through eating or drinking contaminated food, being in close proximity to a person affected by norovirus. Norovirus can be difficult to eliminate because they can withstand high and low temperatures and most disinfectants as well.

No antiviral medicine can cure norovirus but the symptoms of this disease can subside in two-three days in healthy beings. One should keep drinking plenty of water to compensate for dehydration caused due to diarrhea. Prevention of norovirus includes:

It is an inflammation of the lining of the bronchitis tubes which carry oxygen to the lungs. This health issue is very common during winters.Symptoms of acute bronchitis, also called chest cold, last for around ten days. A person infected can cough up thick mucus frequently.

Symptoms of acute bronchitis are:

Bronchitis is caused due to the same virus that causes Flu i.e., Influenza. Another main reason for bronchitis is smoking. Air pollution or dust particles in nearby environment can also contribute to this condition.

Bronchitis can be voided by avoiding smoking, getting the yearly vaccination for flu, wear masks to prevent exposure to dust and fumes and maintain proper sanitation.

Pneumonia is an infection of the lungs which is more prevalent in winter season. Pneumonia can be caused by bacteria, viruses or fungi. The most common are the influenza virus and pneumococcus bacteria. Pneumonia can result in more severe condition called sepsis if the air sacs become inflamed and filled with fluid, blocking oxygen from reaching the bloodstream and other vital organs.

Signs of pneumonia are:

People who are at high risk of this disease include adults aged 65 or more, children younger than 2 years, people who have weak immune system or some other underlying health condition.

Ways to prevent occurrence of pneumonia include: