Some Skin Problems Related To HIV/AIDS 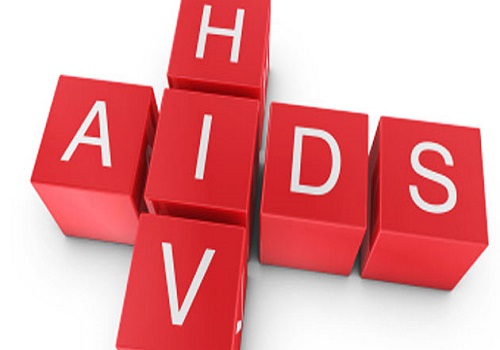 Acquired immunodeficiency syndrome (AIDS) is a leading infectious disease caused by the human immunodeficiency virus (HIV). It is considered an emergency problem which has affected people around the world and is a cause of millions of death. HIV enters the blood and destroys the immune system in the body. This means that the body becomes incapable to fight and defend itself from the germs, infections, and bacterias. The immune system acts as a protector and fights germs and viruses that cause diseases. HIV can be spread through unprotected sex or through contaminated blood transfusion, sharing needles, and from mother to child during pregnancy or breastfeeding.

Molluscum contagiosum is a viral infection of a skin which is harmless and self limiting. This skin condition is caused by the poxvirus, molluscum contagiosum virus and it usually occurs when the functioning of the immune system drastically decreases. Numerous studies have suggested that molluscum contagiosum is a clinical sign of HIV progression and low CD4 cell count. It is also known as water warts and it is characterized as numerous small umbilicated papules. But people who suffer from HIV may experience giant, widespread and chronic lesions. Molluscum contagiosum virus is highly contagious and can be transmitted through skin to skin contact or indirectly through contact with contaminated objects. It is primarily considered as a sexually transmitted disease. Any part of the skin can be affected by this viral infection but arms, legs, genital area, and face are mostly affected and it includes many risk factors such as atopic dermatitis and weak immune system.

Also Read: Are You Suffering From Hypertension? Try These Tips

Prurigo nodularis is a chronic skin disease which is characterized by multiple pruritic nodular lesions that often presents with chronic rubbing and scratching. It is more problematic for the HIV positive patients. The lesions are typically pink, pea sized or larger papules that usually appears on the arms and legs. Prurigo nodularis is commonly seen in people who are HIV infected and patients with low CD4 cell count. Also, the treatment of this disease in HIV infected patients is very challenging due to the nature of the disease. The exact cause of this disease is not clear yet but many studies suggest that conditions such as arthropod bite reactions, psychiatrist illness, and systemic disease can trigger Prurigo nodularis.

HIV is a common cause of photosensitivity and photodermatitis which is also known as sun poisoning is a skin allergy that is triggered by the sun. This condition is characterized as a swelling, burning sensation, peeling of the skin and rashes that resembles with small blisters. This condition occurs when the immune system of the body overreacts to sunlight exposure. This skin disease can be acute or chronic and people suffering from this disease experience headache, fever, and nausea. It can also throw some long term effects such as skin thickening, scarring, and it also increases the risk of skin cancer.

Candidiasis which is also known as thrush is one of the most common infection in people with HIV/AIDS. It is caused by a fungus called candida albicans and it is normally found in the mouth, stomach, skin, and vagina. HIV positive patients carry more and a greater variety of yeast as compared to HIV negative people. Oral candidiasis is considered as an independent prognostic factor of the progression of HIV disease. These fungus and yeast are controlled by the immune system in the body and when the immune system weakens or overgrows, it becomes a problem. Signs and symptoms of the candidiasis vary from person to person and it depends on the affected area. Some of the common symptoms include itching, redness, discomfort, burning, and loss of appetite.

Tags: Impressive Effects Of Aloe Vera, 4 Things You Should Know About Tuberculosis, Diseases Every Woman Should Be Aware Of, 4 Diseases Caused By Autoimmune Disorder