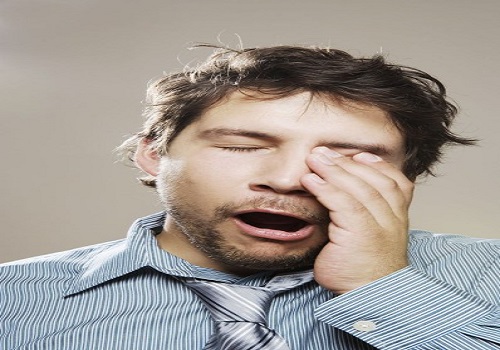 As we grow the required amount of sleep changes, means that the need of sleep is different for a baby and for an adult. Recommended sleep varies:

Normally, during sleep, important processes occur such as a rise in the levels of hormones, such as prolactin and growth hormone. On the other hand, there is a decline in the level of hormone, cortisol. These hormones are important to maintain the health.

Effects of sleep deprivation on the cognitive system

Also Read : Diseases That Are Associated With Sudden Weight Loss

There is a strong relationship between sleep and cognitive function. The physical and mental ability of an individual has a direct correlation with sleeping habits. Failing to obtain a sufficient amount of sleep each night leads to an increased risk of impaired cognitive capability in an individual. Sleep plays an important role in learning and memorizing. Whenever an individual suffers from sleep deprivation, the ability to store information decreases. It is believed that sleep deprivation has an impact on the overall performance of an individual and this is because lack of sleep affects the memory, attention, and problem-solving skills.

Effects of sleep deprivation on obesity

Obesity is one of the common diseases whose prevalence is increasing rapidly and has become a topic of health concern. It is defined as a condition which occurs when there is an accumulation of body fat to such an extent that it creates problems to do daily activities. There are some pieces of evidence that suggest that sleep deprivation is one of the risk factors that can contribute to the development of obesity. Quality of sleep has an impact on weight. The correlation between the two is because of the link between the factors that have an impact on weight regulation and sleep. When sleep is impaired these factors are also affected and leads to weight gain. Also, it is believed that a lack of sleep often leads to an increase in the total caloric intake and an increase in calories causes weight gain.

Diabetes mellitus is a serious disorder which impairs the quality of life. It is a common order which affects millions of people worldwide. Diabetes mellitus is a disease which is defined as a condition in which the glucose level in the blood becomes too high. High blood sugar level can impair the functioning of various organs and it is associated with many complications. Therefore management of diabetes is highly recommended.

Insulin is the main hormone that regulates blood sugar level and when the pancreas fails to produce enough insulin or the body fails to use produced insulin effectively, diabetes occurs. Researches suggest that sleep deprivation can increase the risk of diabetes mellitus. Lack of sleep causes insulin resistance. Insulin resistance means an inability of insulin to produce its effects. Hence, when the insulin does not perform its function normally, the sugar level of an individual rises and increases the risk of developing diabetes mellitus.

Sleep is very important for the health of an individual and when the sleep deprivation becomes a part of normal life, it becomes a topic of concern. Sleep deprivation has an impact on almost every part of the body.