Do You Know That Smoking And Drinking Can Affect Potency? 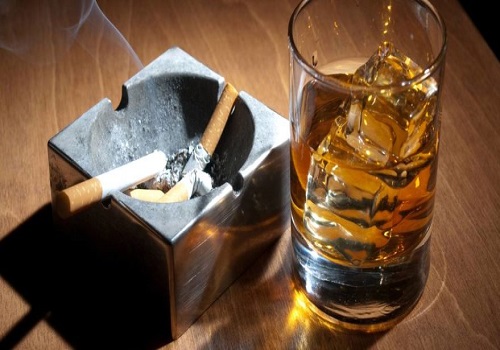 The health consequences of drinking and smoking are known to everyone but still, it is one of the most common addictions. The total number of cases of sexual dysfunction in both men and women are increasing rapidly and it is believed that smoking and drinking is one of the main cause of dysfunction. It can be said that smoking has become one of the main cause of death and diseases in the United States and the developed countries around the world. In the United States, a large number of people of reproductive age inhales nicotine through cigarette smoking on a daily basis. Smoking can cause an imbalance in the endocrine system and can cause an impairment of fertility in both sexes. A cigarette contains thousands of chemicals and most of them are toxic.

In men, Sexual dysfunction is at high prevalence and throws major impact on the quality of life. Erectile dysfunction is one of the most common sexual problems and it is a condition which is defined as a consistent inability to obtain or maintain penile erection sufficient enough to enjoy the satisfactory sexual activity. The chances of suffering from erectile dysfunction increase with an advancing age but it is not the only factor that causes erectile dysfunction. There are many other factors that cause this sexual dysfunction and drinking and smoking is one of the factors that contribute to the development of erectile problems. Numerous studies have shown that smoking can have far more serious effects on erectile function than anyone can think and it is a single responsible cause of thousands of cases. There are many pieces of evidence that prove that people who smoke are 1.5 times more likely to develop erectile problems as compared to those who do not smoke.

Chronic and excessive consumption of alcohol is known to induce sexual dysfunction. Alcohol abuse is known to be one of the causes of impotence and other problems related to sexuality. According to the researchers, men who consume excessive alcohol often experience reduced sexual desires and erectile failure in an alcoholic man is quite common. It is believed that sexual dysfunction in the alcoholic can be due to the depressing effect of alcohol. Consumption of alcohol can cause many problems and some of them include

Tags: All You Need To Know About Atherosclerosis, 5 Diseases Associated With The Circulatory System, Dangerous Effects Of The Stress, How Consumption Of Excessive Alcohol Can Be A Mistake

Some Unexplained Weight Gain Reasons That You Should Know