Know How Smoking Cause Lung Cancer 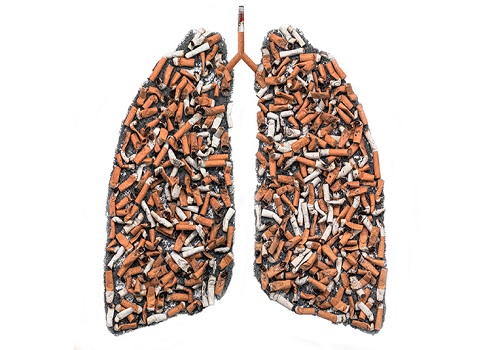 We all aware of the negative health benefits of an individual. Smoking is one of the preventable causes of death across the world, particularly in the United States. It is estimated that each year thousands of people in the United States die due to cigarette smoking.

Lung cancer is a life threatening cancer which occur when the cells in the lungs starts to grow uncontrollably. Lung cancer is one of the most common types of cancer which is associated with a high rate of morbidity and mortality. Lungs play many important functions in the body. It helps to bring oxygen to other organs and tissues in the body and also helps to take out carbon dioxide out of the body.

Also Read: Can blue pill be a solution to unsatisfied sexual activity

More than 4000 bioactive chemical compounds are present in cigarette smoke, of which many are carcinogens. Nicotine and tar are the most recognized carcinogens present in cigarette smoke. Nicotine damages the DNA in the body which plays an important role in transferring genetic messages to every cell of the body. Whenever any damage is caused to DNA, it can lead to uncontrollable growth of cells which results in the development of cancer.

Environmental cigarette smoke exposure has also been shown to cause carcinoma. Exposure to smoke alters the risk of lung cancer. It has been shown in multiple studies that non-smokers who are exposed to cigarette smoke have some metabolites of tobacco carcinogens. The most common histological type of cancer among non-smokers exposed to environmental smoke is squamous cell lung cancer.

Multiple studies also suggest that second hand smoke is also responsible for the development of lung cancer. Although the concentration of chemicals in secondhand smoke is less, the risk of developing lung cancer persists.

Tags: Know about Colorectal Cancer before it eats up entire America- 1, 5 Reasons - Why Quit Smoking, 5 Diseases That Are Caused By Smoking