Some Foods That Have An Impact On Hormonal Balance 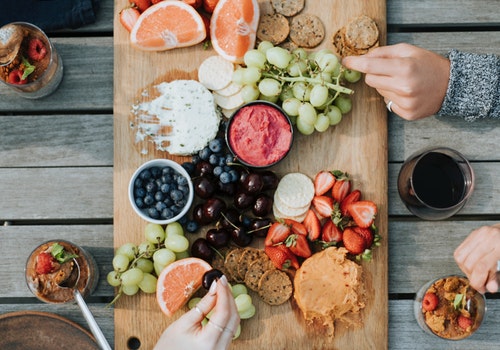 There are various factors that can cause changes in hormones and diet is one of the biggest factors. You eating habits have a lot to do with the normal functioning of the human body and in the maintenance of normal hormonal level. There are many food items that could be the reason for fluctuating levels of hormones, whereas there are many food items that can prevent fluctuations in the levels of hormones.

Foods that can prevent hormonal imbalance

Vegetables has always been a major part of diet and play a significant role in providing all the essential nutrients to the body. Vitamins, minerals, phytochemicals, and fiber are commonly found in vegetables and it prevents the occurrence of many different health problems.

Green tea is an amazing beverage which provide multiple number of health benefits to an individual. It has an impact on almost every functions in the body. There are many components and compounds present in the green tea and are the primary reason for its multiple health benefits.

Yogurt is just a perfect food to eat regularly and is a must add item in the diet. Studies have shown people who consume yogurt regularly are healthy and less likely to fall sick. This is because yogurt has the ability to provide all the useful amounts of nutrients that helps to ensure that all the necessary nutrients are present in the body and it can work normally.

Yogurt is considered to be an amazing item to maintain normal hormone levels. One of the explanations to this is that yogurt is a rich source of proteins and proteins play the most important role in regulating the functioning and levels of hormones.

Some foods that can cause hormonal imbalance

From the past many years, researchers are showing that high consumption of sugar can have a significant impact on the health of an individual. In fact, many believe that sugar can kill a person. High intake of sugar is associated with multiple changes in the body, resulting in the development of chronic health problems.

In reference to hormones, sugar can have an impact on many hormones such as testosterone, estrogen and serotonin. Testosterone is a primary male sex hormone which plays one of the most important role in the males life. Estrogen is a female hormone and any fluctuations in this hormone can cause hormonal problems such as PCOS (Polycystic ovary syndrome). Serotonin is a hormone which is responsible for modulating various neuropsychological processes in the body. Serotonin has a direct impact on mood, concentration, memory, and sexuality.

Almost all of us love coffee and prefer having it daily. It acts as a relaxing or stress buster which enhances the mood and activities in the memory. But it is important to know that consuming coffee again and again can cause negative impact on the health of a person. It contains many compounds that may act in a negative way.

Coffee can have a significant impact in the production of many hormones in the body and one of the most affected hormones by the excess intake of coffee is DHEA (Dehydroepiandrosterone). It is a body which stimulates the immune system in the body and protects it from the occurrence of many serious and chronic health problems.

Studies have shown that foods that are high in glycemic index are unhealthy or bad for the human body. This is because the foods that are high on the glycemic index have a direct impact on many hormones in the body such as insulin and glucagon. Insulin is a hormone which is produced by the pancreas and is important for regulating glucose level in the blood. Fluctuations in the level of insulin could lead to fluctuations in the level of glucose in the blood. High glycemic index foods leads to an increase in the blood glucose level, resulting in the increased risk of diabetes mellitus.

Tags:  How Food Improves Your Immune System?,  7 Foods That Helps To Prevent Cancer,  How hormones affect the body,  Why Right Level Of Hormones Are Important?
← Previous Next →
Related Posts
Categories
Recent Posts