How Sunlight Plays A Role In Keeping A Person Healthy? 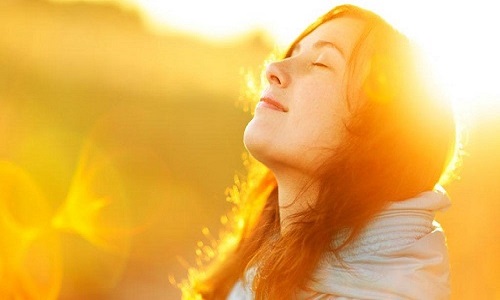 There is a strong confusion in the minds of people regarding the effects of sunlight on the health of an individual. Many people believe that exposure to sunlight may cause many risks to their health such as sunburn, tan, wrinkles, and even skin cancer.

However, although exposure to sun or ultraviolet rays may cause bad effects on the health, getting adequate amounts of exposure to sunlight is important for the health. There is no need to get excess exposure but some exposure is important. Exposure to unprotected sun acts as a risk factor for many health problems.

Therefore, UVA and UVB are two types of ultraviolet radiation that reaches the Earth and people are exposed to.

Importance Of Sunlight In The Management Of The Well Being

The avoidance of all direct exposure of sunlight is associated with increased risk of vitamin D deficiency.

When an individual is exposed to sunlight, 7-dehydrocholesterol which is present in the plasma membranes of both epidermal keratinocytes and dermal fibroblasts absorbs UVB radiations. The energy is absorbed by the double bonds which results in the rearrangement of double bonds and to form previtamin D3. Then vitamin D3 is ejected from the plasma membrane into the extracellular space.

There is no doubt that the most subtle effect or the consequence of vitamin D deficiency is on the skeleton and this is because its deficiency results in abnormalities in both calcium and phosphorus metabolism, which play important roles in maintaining the health of the bones or the skeletal system. But, vitamin D deficiency is also associated with other health problems that can be acute or chronic, including cardiovascular disease.

Exposure to adequate amounts of sunlight is also associated with reduced risk of development or severity of immune driven diseases.

Lack of inadequate exposure to sunlight is associated with diseases like arthritis, inflammatory bowel disease, multiple sclerosis, and asthma. The immune system in the body is one of the most important systems that protects the body against the development of many diseases. Many times, the immune system attacks the healthy cells in the body and cause autoimmune diseases. There are many pathways through which exposure to sunlight affects immunity and help in reducing the risk of developing diseases. It can be done through multiple mediators, and cellular networks, locally, and systematically,

Some findings suggests that the ongoing exposure to ultraviolet radiation has the ability to modulate the development of obesity.

Numerous studies have shown that the mediators and immune network of ultraviolet radiation can have a beneficial impact on the control of metabolic dysfunction. Obesity and diabetes mellitus are the most common types of metabolic disorder and sunlight has an impact on both of these disorders. Obesity is defined as the accumulation of excess fat in the body to an extent that it causes negative impact on the health of a person. And diabetes mellitus is characterized by the increase in the blood glucose level, resulting from insufficient insulin production, inefficiency of the body to use produced insulin or both. Sunlight increases the ability of the body to use insulin effectively.

Exposure to ultraviolet rays can also improve the mood and cognition

Positive impact on the mood and cognition is another benefit of sunlight. Sunlight exposure of the skin can lead to slight increase in the total levels of serotonin in the body. Serotonin is a neurotransmitter which is strongly associated with mood and also with cognition. Sunlight can increase the total production of serotonin through the eyes and the skin. It is associated with the duration of exposure of eyes to sunlight. As a result, it could also decrease the risk of developing heart problems as serotonin levels are known to prevent high blood pressure and also diabetes mellitus.

The nature and timings of sun exposure is known to be an important determinant of both the severity of risk and the type of skin cancer.

Chronic exposure to ultraviolet radiation is said to be responsible for the most nonmelanoma skin cancer in humans. When UVB rays are absorbed into the skin, it causes erythema and burns, and eventually leads to skin cancer.

It has been estimated that almost 70% of the diagnosed cases results from repeated exposure of skin to sunlight. Ultraviolet skin carcinogenesis involves the induction of DNA  damage. Any mistake that is made during the repair of DNA damage results in the incorporation of wrong basis into the genetic material. If it is left untreated, it causes genetic alterations which plays an important role in the development of skin cancer.

Actinic keratoses is another skin disorder which is widely associated with the high levels of skin exposure. In fact, cumulative skin exposure is the single most important cause of its occurrence. Actinic keratoses is characterized by the appearance of pink, rough, and scaly spots and it occurs when the cells in the outer layer of the skin, known as keratinocytes becomes abnormal due to repeated exposure to the sun.

Excessive and repeated exposure to ultraviolet radiation causes damage to the DNA of keratinocytes. One way through which ultraviolet radiation give rise to this skin disorder is its interference with the skin’s immune system. Lack of immunity in the body makes it possible for ultraviolet rays to damage DNA, resulting in the development of actinic keratoses.

Tags: Is the sun good for acne, Morning sunlight benefits, Importance of sunlight to humans, Benefits of walking in the sun