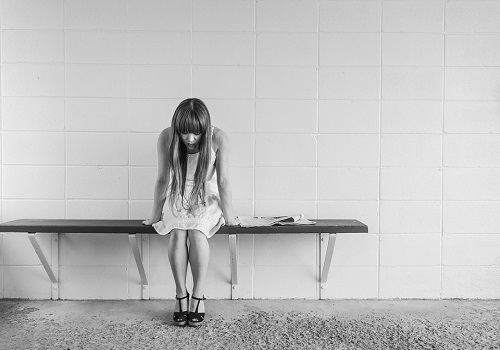 There is no denying that hormones play one of the most important and vital roles in maintaining the normal health of a person. Having a right levels of hormones in the body is highly important for normal functioning of the parts in the body. There are a wide range of diseases that are serious and chronic and occurs due to fluctuations in the normal level of hormones.

What are hormones? Hormones are defined as a chemical messengers that are secreted or produced from some specific parts or glands in the body. These hormones travel through the bloodstream and send messages to the cells in the body.

Fluctuations in the balance of hormones is known as hormonal imbalance and it is a common risk factor for the occurrence of many health problems in both males and females. The hormones can become imbalanced at any point of time. There are various factors that can cause your hormone levels to fluctuate.

According to the research, any type of disturbances in emotional and physical health can disrupt hormonal levels. Factors such as stress, lack of adequate nutrition, sleep disorders, and obesity can lead to hormonal imbalance.

In young women, acne is the most common manifestation of hormone imbalance. Not all types of acne originates from hormonal imbalance, but acne is the most common symptom which occur due to hormonal imbalance. The primary reason why acne is commonly associated with hormones is that sebaceous glands and sebum production play vital roles in the development of acne and sebaceous gland is regulated by the hormones.

The most performed and well known effect of hormones are caused by androgens. Androgens are the male sex hormones but are present in both males and females. The androgens exert their effect on sebaceous glands through an increase in the proliferation of sebocytes and increase in lipid production through sterol response element binding proteins.

Testosterone, an androgen increases during the young age and stimulates the sebaceous glands of the skin to enlarge, to produce oil and plug pores.

Many times people experience sudden weight gain despite their best efforts of exercise and healthy diet. It can be due to hormonal imbalance and it can occur at any age. There are various mechanisms through which hormone fluctuations can cause weight gain and one of the mechanisms include that hormones play key roles in weight, metabolism, blood sugar, insulin and where the fat is stored.

Almost every health problem that occur due to hormonal imbalance is associated with weight gain. For example, PCOS or polycystic ovary syndrome is one of the most common health problems in women of reproductive age and it occurs due to high levels of androgens in the body, resulting in high levels of insulin. High level of androgen in the body makes it difficult for the body to use insulin effectively and to convert sugary fat from food into energy. This results in the build up of fat in the body and resulting in weight gain.

In females, disruption in hormonal balance often leads to irregular menstrual cycle. The reproductive system of females is guided by several hormones and in order to have functioning of reproductive system, it is important to have hormones secreted into the right amount and at the right time. The pituitary gland and the hypothalamus, a part in the brain are responsible to regulate reproductive hormones.

Fluctuations in the level of any of these hormones could lead to the problems associated with reproductive system. Each of these hormones has an important role to play to enable a woman to have a normal menstrual cycle. All these hormones are interconnected, such as follicle stimulating hormone signals the ovaries to produce estrogen which stimulates luteinizing hormone which is important for ovulation.

Many times we hear people say emotional stress is one of the most common causes of hair loss in both men and women. But have you ever wondered why it is said so? It is because stress is a common risk factor for fluctuations in the levels of hormones. Stress can cause an increase in corticotropin-releasing hormone which leads to the activation of mast cells and macrophages along with the release of inflammatory antiproliferative cytokines that induces hair follicle apoptosis with premature termination of hair growth.

Have you felt extreme tiredness even when you wake up after getting a good night’s sleep. Well, it can have many reasons and could be due to some underlying medical disorder. Many studies have suggested that fatigue can result from hormonal imbalance. There is a strong correlation between long term stress and fatigue. It has been observed that people who remains stressed complaints of being tired all the time and this is due to the hormone, cortisol.

The adrenal glands in the body allows us to cope with stress and is responsible for secreting cortisol (stress hormone). When a person is stressed, the adrenal gland releases elevated levels of cortisol. But over time when the level of stress in a person stays high for a long time, the adrenal output is diminished. This results in fall in the levels of cortisol along with the energy. This makes a person feels tired all the time.