Tinnitus: All About The Causes And Ways To Prevent It 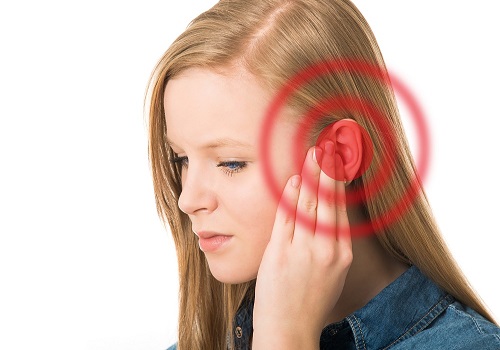 Tinnitus is a symptom of an underlying problem that causes a perception of noise in the ears. It is mainly a result of age-related hearing loss, ear injury, or circulatory system disorder. It is not considered a severe disease as it can improve with the necessary treatment to reduce the noise, or sometimes by treating an underlying health cause. Although, if it’s left untreated, in many cases, it can worsen the situation with age.

As estimated by the National Institute on Deafness and Other Communication Disorders (NIDCD), about 25 million Americans have experienced the symptoms of tinnitus at some point in their lives. Many people experience the symptoms of tinnitus after being exposed to a loud noise like a gunshot or loud concert. In these cases, the problem is usually resolved by itself within a few hours. It can originate in any of the four sections of the hearing system, which include outer hear, middle ear, inner ear, and the brain.

Most of the time, the condition is subjective - implying that only the person suffering from it can hear the noises. When the sounds can be heard by other people as well, it becomes an objective condition. When the situation persists for longer than six months, it is categorized as chronic tinnitus, such as the sound of a heart murmur, which can also be heard by the clinician through a stethoscope.

The most common cause of tinnitus is prolonged exposure to loud noises in any form, such as music, gunshot, or any other sudden loud noise, which can damage the cells in the inner part of the ear. Rock musicians, workers, carpenters, and other people involved in activities which keep them exposed to the loud noises for long hours are more prone to suffer from this condition.

The sound is often described as ringing, buzzing, clicking, or rushing, which has no external source for other people to be able to hear it as well. The situation can be caused by some factors that are beyond control, such as aging, which leads to deterioration of the cochlea or other parts of the ear.

It can also be caused as a side effect of certain drugs as it a listed side effect for more than 200 prescription drugs. These drugs mainly include aspirin, antibiotics, antidepressants, sedatives, and anti-inflammatories. Some other factors and causes leading to tinnitus involve hearing loss, ear infection, Meniere's disease, brain tumor, pregnancy, anemia, overactive thyroid, blood flow problems, ear trauma, diabetes, otosclerosis, and due to any injury to the head or neck. Many lifestyle activities that can worsen the situation involve drinking alcohol, smoking, consuming too much caffeine or unhealthy foods.

In most cases, tinnitus is a result of an activity that can’t be prevented. A person can only take precautions to avoid or reduce the risk of the condition. Some of these precautions are:

Also Read: Kegel Exercises For Men: Are They Really Beneficial?

How is the problem diagnosed?

The doctor uses the following tests for diagnosing tinnitus:

After diagnosis, the doctor may use different methods for initiating the tinnitus treatment procedure. There is no cure for tinnitus to eliminate the problem permanently, but the treatment can reduce the symptoms and make the condition less discomforting. There’s always a chance for the symptoms to arise again in the future, but most people learn to adapt to the situation.

The treatment methods can be grouped into three categories:

1. Treating an underlying health condition: The first attempt is to treat the underlying condition that is causing the problem. In this case, usually, the problem is cured by taking steps towards fixing the underlying issue, which may include earwax removal, treating a blood vessel condition through medication or surgery, or changing the medication if it appears to be the cause of tinnitus.

2. Noise suppression: This method is only used to make the problem less bothersome by using white noise. An electronic device is provided to suppress the noise so that the person is able to adjust to the sound easily. The devices used for this purpose include hearing aids, masking devices, and tinnitus retraining, which makes the person accustomed to the sound to divert the focus away from it. White noise machines are also used for this purpose, which stimulates the environment to make it effective for tinnitus treatment. Fans and air-conditioners can also be used to cover the noises at night.

3. Medications: Tinnitus cannot be cured by drugs, but sometimes medications are recommended by the doctor to reduce the severe symptoms. The medicines may be different according to the situation and can be dependent on various factors. Some possible medications include tricyclic antidepressants (amitriptyline and nortriptyline) and Alprazolam (Xanax).