Understanding Everything About Diarrhea 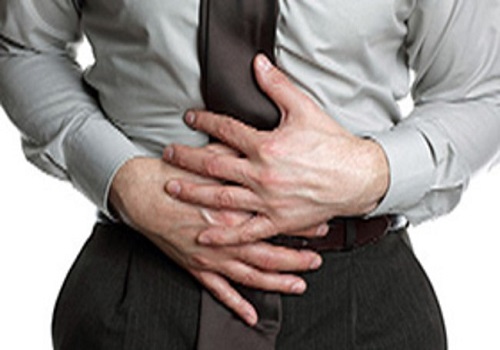 Diarrhea is a common disease. People of all ages can get diarrhea, but according to research, children are eight times more likely to have diarrhea as compared to adults. Diarrhea is defined as frequent, loose and watery bowel movements. When diarrhea lasts for short duration (one or two days), it is known as acute diarrhea and when diarrhea lasts for a longer duration (at least four weeks), it is known as chronic diarrhea. Diarrhea is accompanied by a wide range of symptoms such as:

According to K. Armon, diarrhea is defined as a change in bowel habit for the individual child resulting in substantially more frequent and/or looser stools.

There are two types of diarrhea:

Infectious diarrhea is caused by a virus, parasite or bacteria. It is basically acquired by fecal oral transmission such as consumption of contaminated food or water, direct contact with fecal matter or through person to person. Infectious diarrhea can be spread very easily.

According to Curtis V, there are four transmission routes that the major

infectious agents use to reach human hosts, namely human-to-human via the

What are the causes of diarrhea?

How is diarrhea correlated with dehydration?

There is a close relationship between diarrhea and the occurrence of dehydration. In fact, some studies state that dehydration is one of the common complications of diarrhea. Dehydration is basically a term which is used when the body loses too much water and the body is not left with an adequate amount of water required by the human body to function normally. Acute watery diarrhea is characterized by abrupt onset of watery and loose stools. It leads to loss of a lot of water from the body and an increased risk of suffering from dehydration. Severe dehydration can be a medical condition and is associated with a wide range of complications.

Also Read : How Turmeric Is An Amazing Everyday Thing?

Dehydration is the serious complication of diarrhea that occurs when there is an excessive loss of fluids and mineral from the body. When diarrhea is accompanied by vomiting, dehydration can become more severe. The symptoms of dehydration can vary to a great extent from one person to another such as, if the patient having mild dehydration, he or she may experience symptoms like thirst and dry mouth. Whereas, if the patient has moderate to severe dehydration, he or she may experience fainting due to a reduced volume of blood, decreased urine output, severe weakness, confusion and kidney failure.

What are the risk factors for diarrhea?

There are various factors that can lead to the occurrence of diarrhea and some of the risk factors of diarrhea are as follows:

1. Demographic factors - There are some pieces of evidence that suggest that age can play a role in the occurrence of diarrhea. It is commonly believed that children are more likely to experience diarrhea as compared to adults. Also, a higher rate of diarrhea has been observed in boys as compared to girls.

3. Hygiene practices - Hygiene is another factor that play a role in the occurrence of diarrhea. Some studies have demonstrated that people who do not wash hands after having meal or defecation, eat the cold leftovers, unsafe food storage are associated with the risk of diarrhea.

Treatment and preventive measure of diarrhea

When we talk about the treatment of diarrhea, the first thing that comes in my mind is to maintain hydration. Hydration is extremely important and it will reduce the risk of developing the complications associated with diarrhea.

Another important principle to manage diarrhea is diet. Diet plays an important role in prevention as well as in occurrence of diarrhea. During diarrhea, adequate dietary management is important as it prevent the damage to intestinal function and the nutritional damage caused by the disease.

Some of the preventive measures of diarrhea include: