Understanding Skin Cancer And Its types 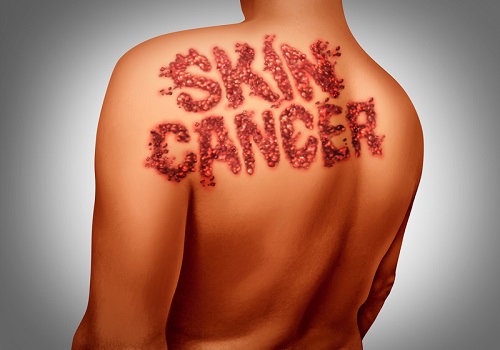 In the United States, skin cancer is one of the most common cancer and every year thousands of people are diagnosed by the skin cancer. Skin is the largest organ of the body and is made up of cells. It performs various functions including, protection against chemicals, biological assailants and it also plays a role in thermoregulation. The skin is composed of two main layers - epidermis, dermis.

1. Epidermis - The outermost layer of the skin is known as epidermis and it is primarily composed of two types of cells - keratinocytes and dendritic cells. Keratinocytes functions to synthesize keratin, a protein that plays a protective role. According to the keratinocyte morphology, the epidermis is commonly divided into four layers:

2. Dermis - This layer of the skin is located underneath the epidermis layer and it comprises of a bulk of skin that provides elasticity and tensile strength. It protects the body from mechanical injury, binds water and aids thermal regulation. Also, it interacts with the epidermis layer to maintain the properties of the tissues.

Cancer is a serious disease that occurs when the healthy and normal cells of the body functions abnormally and leads to an uncontrolled growth. Skin cancer is the type of cancer that starts in the skin. The three main types of skin cancer - basal cell carcinoma, squamous cell carcinoma and melanoma begins in the epidermis layer.

Basal cell carcinoma is the most common skin cancer in humans and it begins with healthy cells of the outer layer of the skin change and grows out of control. It can grow at any age but the incidence of developing basal cell carcinoma increases after the age of 40. Basal cell carcinoma is characterized by the open sores on the skin that bleeds and remains open to few weeks, reddish patch, itching, and red, white or translucent lump. The most significant factors that play a role in the development of basal cell carcinoma are fair skin type and an exposure to the ultraviolet radiations. Other risk factors include immune suppression, exposure to arsenic, prior treatment with ionizing radiations and certain hereditary disorders. It can occur anywhere in the body but primarily, the areas that are most often exposed to the sun are at higher risk such as face, neck, head, and ears. Also, any damaged area due to burn or scars are also affected by this cancer. The treatment of this skin cancer depends on the size of the size of cancer and the area on which it is located.

Squamous cell carcinoma begins in the upper layer of the epidermis and it is an epithelial maliciousness that usually occurs at the areas that are normally covered with the squamous epithelium such as, skin, lips, mouth, prostate, lungs, vagina, and cervix. Squamous cell carcinoma is characterized by the scaly and crusty areas of the lump that may bleed and become inflamed. It appears to be thickened, red and scaly spot and it may also look like a sore that has not healed. The most leading risk factor for squamous cell carcinoma include sum exposure, advancing age, and UVR sensitive skin. According to the researchers, cumulative chronic UVR exposure is the strongest environmental factor that leads to the development of squamous cell carcinoma. Also, immunosuppressive agents such as chemotherapy, classical immunosuppressives are considered to have an impact on the risk factor of this skin cancer.

Melanoma is cancer that begins in the melanocytes. The melanocyte are the pigment synthesizing cells that are confined in the skin predominantly to the basal layer. These are responsible for the production of the pigment melanin and its transfer to keratinocytes. Melanoma is characterized as a new or existing spot on the body that changes in size, shape, and color over several weeks or months. It can appear in more than one color such as brown, pink, red, and white. Melanoma is not as common as basal cell carcinoma and squamous cell carcinoma but it is considered to be one of the most serious types of skin cancer. This is because it is more likely to spread to other parts of the body such as the liver, lung, bones, and brain. Unprotected exposure to the ultraviolet rays remains the most significant cause of the melanoma and other skin cancers. Increasing age and immune suppression are also said to be the risk factors for the development of melanoma cancer.

Exposure to ultraviolet is one of the common cause of skin cancers, therefore it is recommended to take preventive steps to avoid an exposure to sun for a longer duration. Always use sunblocks that will protect your skin from sunburn and other diseases to some extent.

Tags: Do you know everything about breast cancer, Are genes responsible for cancer?, How to get rid of Skin burn this summer?,  How can PUPPP be a pregnancy hell?