Understanding The Major Impacts Of Schizophrenia 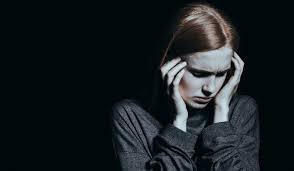 Schizophrenia is a severe brain disorder that has a major impact on how a person thinks, feels and behave. It is a chronic disorder that is not quite common among people but, it can be very disabling. It involves a wide range of characteristic features and some of them include:

Some of the positive symptoms include:

Hallucinations are the sensory experiences that can occur in any of the five senses of the body, that is vision, taste, smell, hearing, and touch. Hallucination is a term which is used when a person sees, hear, smell, taste or feel things that are not in reality. For example, auditory hallucinations, which is the most common type of hallucination in schizophrenia and in this, patients usually hear the voice of things or people that are not present in reality.

Delusion is defined as a neurological disorder which is characterized by false belief prosecution or feeling of being out of control. Patients generally believe things that are not true and he or she is fully convinced that whatever they feel is right. Sometimes people having delusion feels that they are someone else such as some famous historical figure. In some situations, patients might also feel that someone is trying to hurt them.

Some of the negative symptoms include:

2. Difficulty in learning the information

Various researches have been conducted in order to understand the cause of schizophrenia and it was observed that various factors contribute to the development of schizophrenia such as genetics, different brain structure, and environmental factors. Some studies suggest that the cause of this disease can be genetic, means that a person is likely to develop this disease if their parents or siblings have schizophrenia. Although it is not the only cause, it can be one of the causes. Other cause may include the involvement of certain biochemical substances in the brain.

Tags : Effects Of Sleep Disorder, Horrible Diseases You That Are Unaware Of, Seasonal Affective Disorder