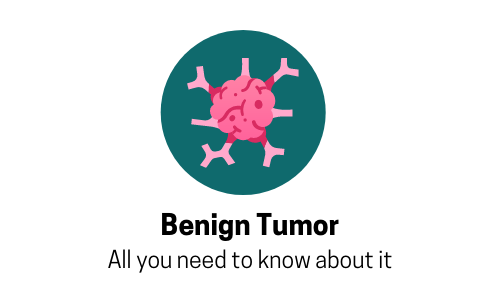 What Are Uterine Fibroids?

Uterine fibroids are benign (not cancer) growths that develop from the muscle tissue of the uterus. They also are called leiomyomas or myomas. The size, shape, and location of fibroids can vary greatly. They may be inside the uterus, on its outer surface or within its wall, or attached to it by a stem-like structure.

A woman may have only one fibroid or many of varying sizes. A fibroid may remain very small for a long time and suddenly grow rapidly, or grow slowly over a number of years.

A few things can raise your chances of developing uterine fibroids, such as:

You are more likely to get fibroids if your mom or sister has had them.

Experts don’t know exactly why you get fibroids. Hormones and genetics might make you more likely to get them.

Estrogen and progesterone are the hormones that make the lining of your uterus thicken every month during your period. They also seem to affect fibroid growth. When hormone production slows down during menopause, fibroids usually shrink.

Researchers have found genetic differences between fibroids and normal cells in the uterus.

Substances in your body that help with tissue upkeep, such as insulin-like growth factors, may play a part in fibroid growth.

ECM makes your cells stick together. Fibroids have more ECM than normal cells, which makes them fibrous. ECM also keeps growth factors in it and causes cells to change.

Also Read: Do you know the 3 Different kinds of Tumors?

What Are The Symptoms Of Uterine Fibroids?

Uterine Fibroids may have the following symptoms:

Fibroids also may cause no symptoms at all. Fibroids may be found during a routine pelvic exam or during tests for other problems.

How Are Uterine Fibroids Diagnosed?

Uterine Fibroids are frequently found during a routine pelvic exam. Your doctor may feel irregularities in the shape of your uterus, suggesting the presence of fibroids.

If you have symptoms of uterine fibroids, your doctor may order these tests:

If confirmation is needed, your doctor may order an ultrasound. It uses sound waves to get a picture of your uterus to confirm the diagnosis and to map and measure fibroids. A doctor or technician moves the ultrasound device (transducer) over your abdomen (transabdominal) or places it inside your vagina (transvaginal) to get images of your uterus.

If you have abnormal menstrual bleeding, your doctor may order other tests to investigate potential causes. These might include a complete blood count (CBC) to determine if you have anemia because of chronic blood loss and other blood tests to rule out bleeding disorders or thyroid problems.

Medications for fibroids treat your symptoms. Fibroids won’t go away but might shrink with some medications. They can also help with symptoms like pain and bleeding.

Oral birth control can reduce bleeding. Nonsteroidal anti-inflammatory medications such as ibuprofen or acetaminophen can help ease the pain.

Vitamins and iron supplements can help with energy if you’re bleeding heavily and have anemia as a result.

If you have moderate or severe symptoms of uterine fibroids, you may need surgery for relief. Options include:

This surgery takes out fibroids while trying to leave healthy tissue alone. This might be the best option if you hope to become pregnant in the future. There are multiple ways to do a myomectomy, from major abdominal surgery to laparoscopy.

A surgeon uses either laser, wire loops, boiling water, electric current, microwaves, or freezing to remove or destroy the lining of your uterus. You may be able to have this minor surgery as an outpatient. Typically, you’ll stop having periods after it, and you will no longer be able to get pregnant.

In this procedure, a surgeon blocks the flow of blood to your fibroids by inserting gel or plastic particles into the nearby blood vessels. This makes the fibroids shrink.

This surgery removes your uterus completely. This is the only way to cure fibroids entirely. It’s major surgery, but your doctor has options for how to do it, including cutting through the abdomen or even laparoscopy.