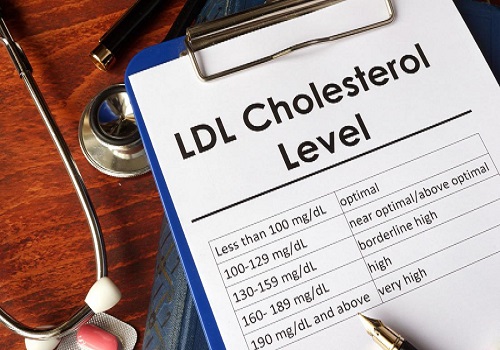 Every other day we hear of people having a heart attack and most often it is associated with cholesterol. Although like every other substance in the body cholesterol is also important for existence, but too much cholesterol can be equally harmful.

How does cholesterol affect our body?

Many people often say that ignorance is bliss but when it comes to the health of a person, ignorance can be the biggest mistake. Many times, change in lifestyle is important for us in order to be more conscious about the health. Many lifestyle factors can play a role in reducing the risk of increasing the levels of low density lipoprotein and some of them are as follows:

Weight management is considered to be one of the most important factors to maintain the health of a person. Body mass index of a person is associated with the functioning of various organs in the body. Multiple studies have shown that people who are obese or overweight are at high risk of dying from heart disease, and high cholesterol level could be the cause of it.

In medical terms, obesity is defined as the accumulation of excess fat in the body such that it affects the functioning of other systems in the body. High fat in the body increases low density lipoprotein cholesterol in the blood.

You must have heard people saying that exercise is an effective way to reduce the risk of suffering from heart disease, this is because exercise has an in fact on almost all the factors that can cause heart problems, including cholesterol. Exercise helps to reduce the levels of bad cholesterol.

Also Read: How Sunlight Plays A Role In Keeping A Person Healthy?

Eating habits play a crucial role to ensure healthy life. Making the right Choice of food is important to live a healthy life. When we talk about cholesterol, three diets are known to increase the levels of low density lipoprotein in the blood:

On the other hand, there are some foods that are known to reduce the risk of dying from heart disease, which is associated with cholesterol. For example, a diet that allows the intake of sufficient fiber is said to be healthy for a patient having cholesterol problem. Research has suggested that people who consume at least 23-30g of fiber each day can lower low density lipoprotein cholesterol.  Some of the foods that can help in lowering cholesterol:

1.Soy - It is said to be an amazing food which is highly nutritious as it contains all essential amino acids, vitamins, minerals, and other compounds that are highly beneficial for the body. Soy is a rich source of compounds like isoflavones, genistein, and daidzein that contain hypocholesterolemic effect. Isoflavones are known to significantly reduce total and low density lipoprotein cholesterol.

2. Nuts - Many times, nuts are considered to be unhealthy due to its high fat content but the fat present in nuts are healthy. In fact, nuts are healthy foods that can help in preventing the occurrence of various health problems, including heart disease. One way through which nuts are helpful is that they are rich in plant sterols and other natural compounds that contribute to cholesterol lowering and it does this by interfering with cholesterol absorption.

Reduced high density lipoprotein cholesterol levels results from alterations of critical enzymes of lipid transport lowering lecithin-cholesterol acyltransferase activity and altering cholesterol ester transfer protein (CETP) and hepatic lipase activity. Studies observed that the levels of HDL-C was significantly lower in smokers compared to nonsmokers. Smoking can increase the levels of LDL - C and could lead to the buildup of cholesterol or fat in the arteries in the body, including arteries that carry oxygen rich blood to the heart muscle.