Why And How To Fight Obesity? 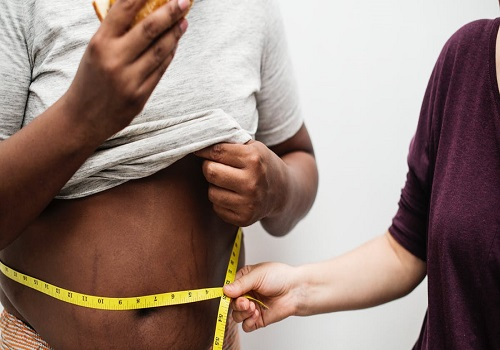 Being obese or overweight is highly problematic and increasing rate of obesity is a much larger problem in society as obesity is estimated to affect one-third of the population.

Evidence suggests that obesity or being overweight are important determinants of some chronic disorders such as cardiovascular disease, diabetes mellitus, high blood cholesterol, hypertension, and cancer. In fact, according to one of the studies, the effects of obesity on the body is similar to that of smoking. Almost each one us are aware of the negative health effects of smoking. This is because both contribute to the development of multiple diseases that can be life threatening.

Not only does obesity cause physical disorders but multiple studies have shown that obesity could lead to the development of various psychological disorders such as anxiety and depression. Many people who have excess weight doesn’t like the way they look. They often feel embarrassed about their appearance and find themselves to be unattractive. This could trigger the symptoms of psychological problems like depression and anxiety.

When we think of weight loss, two things that primarily comes to our mind is decreasing the consumption of calories and increase energy expenditure. Well, that's right!! Eating healthily and doing regular physical activity are the two most important factors for weight loss or weight management. This is because obesity often results from the imbalance between calorie intake and energy expenditure.

Here is the list of some of the foods and drinks that you can consume for weight management are as follows:

Green tea is another effective remedy for obesity. Green tea is one of the most consumed drink to enhance the health of a person. Many studies say that the effects of green tea on the body are similar to weight loss pills but the only difference is that green tea consumption doesn’t have any side effects. Green tea is a safe and effective drink to consume.  Green tea contains many components that have a positive impact on the health and one of the most health promoting components in green tea is catechin. Multiple studies have shown the anti-obesity effects of catechins.

Many times nuts have been considered to be unhealthy due to its high fat content but what matters is the type of nut one is consuming. For example, walnut is one type of nut which is highly beneficial for the health of an individual. Walnut has many benefits, including weight loss and other benefits, include reduce blood pressure, low blood glucose level, and many more.

According to one of the studies that were conducted to investigate the role of walnuts in treating and preventing obesity, it was observed that the people who consumed walnuts for some time experienced the reduction in body mass index as compared to those who didn’t consume walnuts. Consumption of walnuts has an impact on the body mass index which is an important tool to determine the body fat.

Lemon water is one of the most recommended tricks for weight loss. A large number of people way that consuming mixed lemon in warm water early in the morning aids weight loss and many people say that it is a proven remedy. No doubt warm water helps to get rid of extra fat in the body.

Another mechanism that explains hor warm water helps in weight loss is that warm water increases the temperature of the body, which results in an increased metabolic rate. Increase in the metabolic rate allows the body to burn more and more calories. Lemon has its own benefits on the human body and it is strongly believed that the active components of lemon aids weight loss. As a result, when lemon and warm water are mixed together, the result can be amazing.

Tags: Why do you get obese?, 5 Secrets To Cure Obesity, Is Your Workplace Making You Prone To Obesity?, 5 Natural Ways To Prevent Obesity