Ever Wondered Why Are Proteins Important? 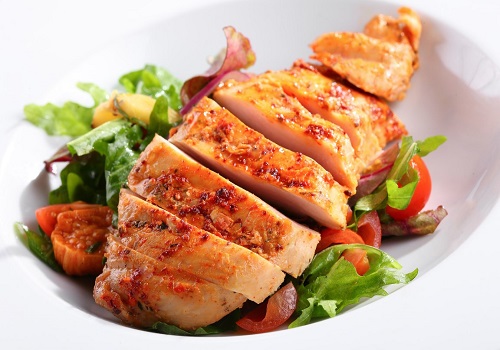 Protein is one of the essential nutrients in the body along with carbohydrates, fat, vitamins, minerals, and water. Proteins are the compounds that contain oxygen, hydrogen, carbon, and nitrogen and are required in the body in order to grow and repair tissues.

Research suggests that the most common nutrient deficiency that is found in people these days is that of protein. Next to water, it is the major component of the body tissues which is essential for the growth. According to research, the recommended amount of proteins needed daily is as follows:

Protein deficiency is quite common in people these days which is accompanied by some common symptoms which include slow growth rate, decreased feed efficiency, low birth weight, and anorexia.

The main source of protein in the body is through diet. We get it from plants and animals. Primarily, the protein containing food is categorized into three groups depending on the amount of protein they contain:

1. High protein food - This type of food contains approximately 20% of protein and some of the food items that come under high protein food include red meat, nuts, cheese, eggs, and yogurt.

2. Medium protein food - This type of food are considered to be incomplete proteins as it contains quite a less percentage of proteins. Some of the food items that come under the category of medium protein food include rice, millet, and barley.

3. Low protein food - This type of food contains less than 5% of protein and food items that come under the category of low food item include fruits and vegetables.

Protein deficiency is associated with various health complications. Lacking of sufficient intake of protein is linked to the development of various health problem, ranging from mild to severe.

Proteins create various antibodies which makes it strong, but lack of proteins can affect the creation of these antibodies. This way it makes the immune system defenseless and unable to fight infections.

Diet and nutrition has a big role to play in the normal functioning of the cognitive system and maintaining mental health. Every nutrient is important for normal mental health, including protein. Proteins are made up of amino acids which are essential for the normal cognitive functions and lack of these amino acids can lead to an impairment.

Lack of protein for a prolonged period can affect the psychological well being of a person in various ways. It can cause mental hindrance and also increases the level of stress and tension, resulting in problems with mental health. The amino acids are strongly associated with mood, in fact, amino acids are used in the treatment of various mood disorders.

It is believed that the proteins have an important role to play in the normal functioning of insulin. Insulin is a hormone which regulates the glucose level in the blood and any fluctuations in the level of these hormones could lead to fluctuations in the glucose level. Insulin is a hormone which allows the body to use glucose from carbohydrates in the food as energy. This increases the risk of developing diabetes mellitus.

The uncontrolled glucose level in the blood is associated with the occurrence if various symptoms and complications. Some of the common symptoms include fatigue, increased thirst, and frequent urination. When it is left untreated, it could cause some complications such as diabetic neuropathy and diabetic retinopathy.

Kwashiorkor is one of the complications of extreme protein deficiency which usually influences youngsters. It is associated with a large number of symptoms such as swollen midriff, skin depigmentation, hair loss, tooth misfortune, and swollen feet. These are the initial symptoms of this disease but as it progresses, this can have a significant impact on mental health. The extreme deficiency of protein leads to an osmotic imbalance in the gastrointestinal system which causes swelling.

Edema is another complication of protein deficiency in humans. It is a disease which is characterized by the accumulation of fluid in the spaces that surrounds the body’s tissues. It is characterized by the swelling which appears as puffiness and stretching of the skin. Some of the most common sites of swelling include abdomen, and the lower legs and hands.