Why Ignoring Constipation Can Be A Risk? 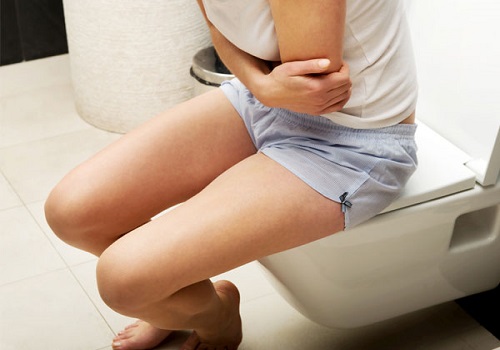 Most of us often think that constipation is not a topic of concern but we are unaware that constipation can be a sign of an underlying medical condition. It is not necessary that constipation is a symptom of any serious disorder as it can also result from eating low fiber diet or any changes in the routine, but if it becomes persistent or the problem stays for a longer duration, it is better to get checked by a doctor. Constipation is characterized is defined as an incomplete bowel movements or it is characterized as a small amount of hard, dry bowel movements. When an individual experiences opening of bowels less than three times a week, it is known to be constipated. Constipation occurs when there is too much absorption of water by the colon and this happens due to the slow colon’s muscle contraction and it causes the stool to move through the colon very slowly. There are many factors that can make an individual constipated such as lack of exercise, not enough fiber in diet, and not taking enough liquids. Constipation can also be a warning or an early symptom of various medical conditions and some of them may include:

Irritable bowel syndrome is a problem that primarily affects the large intestine and under this condition, the bowel becomes extra sensitive. It is a chronic and often a long lasting disorder that is characterized by the presence of abdominal pain and discomfort. It is often accompanied by change in bowel habits and constipation and abdominal distension is the most common symptom of irritable bowel syndrome. The pain associated with irritable bowel syndrome can be felt throughout the abdomen and each bout of the pain can vary in length and severity. Over time, the pain may increase or decrease. This syndrome is more common in people between the age of 20 and 30 and it is twice as common in women as compared to men.

Parkinson’s disease is a movement disorder that affects the ability to perform regular activities. It results from the gradual loss of brain cells that make and store dopamine. Dopamine is an important chemical in the brain that is responsible for sending messages that controls movement. The symptoms of this disease is divided into motor symptoms and non-motor symptoms. The most common motor symptoms include tremors, stiffness of the muscles, slowness of movement, and problems with coordination. The non- motor symptoms that occurs in parkinson’s disease include sleep problems, disturbance in the sense of smell and gastrointestinal problems. Gastrointestinal issues are common in people having parkinson’s disease, especially constipation as slows the automatic movement of the digestive system and side effects of this disease also contributes to the occurrence of constipation.

Diabetes Mellitus is a chronic disorder that is characterized by the high blood glucose level in the body. Diabetes is a serious disorder that is associated with various other health problems as well. Very high blood glucose level or an uncontrolled diabetes can lead to the development of diabetic neuropathy which causes damage to the nerves. Constipation can be the result of diabetic neuropathy as high sugar in the blood can cause damage to the nerves that control digestive tract and as a result, occurrence of gastrointestinal issues or primarily constipation.