Why Is Obesity A topic Of Health Concern? 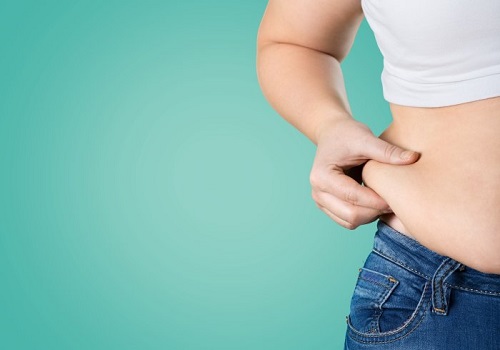 Obesity is one of the biggest health concerns as it poses a significant health threat to humans. It is a serious health problem which is associated with an increased risk of heart disease, colorectal cancer, hypertension, gallbladder disease, and diabetes mellitus. It also leads to an increased mortality rate. Numerous studies have suggested that obesity occurs with an increased consumption of food items that are high in sugar, saturated fat and less in nutrients. When this consumption is combined with physical inactivity, it leads to obesity. In the United States population, the prevalence of excess body weight is increasing rapidly and it is increasing not only in adults but also among children and adolescents.

The prevalence of obesity is measured using body mass index which is defined as a weight in kilograms divided by the square of height in meters. A person who has a body mass index of over 25 kg/m2 is considered to be overweight and when the body mass index of a person is over 30 kg/m2 is considered to be obese. As stated above, the prevalence of obesity is increasing in children as well and childhood obesity has much serious adverse health consequences. Obesity is associated with many health problems and today obese children are developing those diseases that were once suffered by only adults. These children have to cope with these chronic diseases for a longer period of time. For example, developing type 2 diabetes at the age of fifty is one thing but developing it at an early age is much more adverse. Also, in children, the symptoms of the diseases takes time to occur or symptoms are not noticeable at an early life but later these health problems come up with complications.

Due to the severe health consequences of obesity, it is considered as one of the most serious health challenges in the recent times. Obesity has always been one of the major contributors to the development of type 2 diabetes and both these diseases decrease the quality of life and life expectancy. Diabetes is a chronic condition which is characterized by a high level of glucose in the blood. It is of two types, type 1 diabetes occurs when the body is unable to make hormone insulin which regulates the blood sugar level. Type 2 diabetes occurs when the cells are unable to use insulin properly. Millions of people worldwide suffer from diabetes mellitus and most of the cases of type 2 diabetes are associated with excessive body fat and physical inactivity. There is a close relationship between the body mass index and the development of type 2 diabetes. Higher the body mass index, greater the risk of having type 2 diabetes. One of the studies showed clear evidence that effective weight loss improved the glycaemic control in adults. Glycemic is a medical term that is used to refer to the blood glucose level in the diabetic patients.

The negative effect of obesity is also seen on the respiratory system. In fact, obesity plays a key role in the development of sleep obstructive apnea. It is a sleep related breathing problem which a person experiences partial or complete abruption in airflow despite continued efforts to breathe. It occurs when the soft tissue at the back of the throat block the upper airway that leads to pauses in breathing that lasts for at least ten seconds. Obstructive sleep apnea is caused due to collapsible upper airways from being obese. According to the researchers, obstructive sleep apnea has been reported to be present in approximately 40% of people who are obese and approximately 70% of people who are suffering from obstructive sleep apnea are obese. People suffering from sleep apnea tend to gain weight because disturbed sleep is one of the main symptoms of obstructive sleep apnea and disturbed sleep leads to a lower energy level. As a result of a decline in physical activity that promotes weight gain.

Obesity and osteoarthritis are two interconnected health care problems that have affected a large number of people. Obesity has been identified as an increased risk factor for developing hands and knees osteoarthritis. There are some pieces of evidence that support that an effective decrease in weight has decreases the pain and other symptoms of osteoarthritis and weight management also decrease the risk of suffering from osteoarthritis. Most of the people are obese experiences this knee and hand osteoarthritis.

The total number of cases of obesity are increasing rapidly and it is important for people to know the effects of being overweight. Share this post with your family and friends to create awareness.

Tags: Importance And Role Of Vitamin D In The Human Body, Are You Suffering From Hypertension? Try These Tips, Impressive Effects Of Aloe Vera, 5 Secrets To Cure Obesity